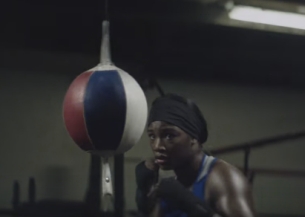 The journey for every athlete who competes in the Olympic Games begins in the same place: their hometown. Before standing atop the medal podium, competing for his or her country or even realizing the Olympic dream for the first time, each athlete is just a kid from somewhere, full of big dreams and potential.

With the Rio 2016 Olympic Games drawing closer, Powerade is partnering with three U.S. athletes whose personal stories reflect the brand’s “Just a Kid” campaign, which aims to inspire by taking a passionate stand for the potential in every young athlete. Powerade’s roster of Olympians and an Olympic hopeful will include Claressa Shields (women’s boxing), Lopez Lomong (men’s track & field, 1500m) and Shakur Stevenson (men’s boxing). Each athlete has overcome incredible barriers and obstacles in their life, but through hard work and determination, all have a chance to become one of the best competitors in their respective sport — and a chance at Olympic glory.

“A large part of what makes the Olympic Games so inspirational are the athletes who flourish on the world’s stage after rising up from a challenging living environment,” said Shannon Watkins, group brand director, Powerade. Sue Kim, senior IMC manager, Powerade, added, “In keeping with our ‘Just a Kid’ campaign, we chose these three athletes because each of their stories prove how far you can climb by showing dedication and powering through adversity.”

Claressa “T-Rex” Shields became the first American female to win an Olympic gold medal in boxing by virtue of her triumph at the London 2012 Olympic Games. Claressa is just a kid from Flint, Mich. She was 11 years old when she began boxing in her hometown, and has only lost a single fight since then. A film based on Claressa’s incredible life story is currently in development at Universal Pictures.

Lopez Lomong is a U.S. Olympian whose life is the embodiment of the American dream. Just a kid from Kimotong, South Sudan, at the age of 6, Lomong was abducted during the Sudanese Civil War. He escaped by running for three days straight. After spending 10 years in refugee camps, he eventually made his way to the U.S where he was granted refugee status and American citizenship. He currently resides in Portland, Ore. Lopez has competed for Team USA in both the Beijing 2008 Olympic Games – where he was elected to Opening Ceremony flag bearer by his fellow Team USA members – and the London 2012 Olympic Games.

Shakur Stevenson, is the U.S. Olympic Trials Champion in boxing and Americas Olympic Qualifier gold medalist. He also is the first male boxer ever to win a Junior and Youth World Title and Youth Olympic Games gold medal. Just a kid from Newark, N.J., Shakur was introduced to boxing when he was only five years old by his grandfather.

This summer, a 30-second television commercial featuring Shakur will air in the coverage of the Rio 2016 Olympic Games on the networks of NBCUniversal. The return of “Just a Kid” will also come to life through Powerade’s online marketplace, out-of-home, digital, social, PR and point-of-sale. In addition, digital spots of each athlete will go live this month, and will dramatically tell the story of the adversity each faced early in their athletic career. The "Just a Kid" Olympic campaign was developed in partnership with advertising agency Wieden+Kennedy in Portland, Ore.

From June to August, Powerade’s online marketplace will be producing limited-edition “Just a Kid” Olympic t-shirts, featuring a “Just a Kid from the USA” design in gold foil. A portion of proceeds from the limited-edition Olympic apparel will be donated to the USOC fund to support current and future Olympians.