Editors' Choice: A pep talk for the ages as Basketball legend returns to Cleveland 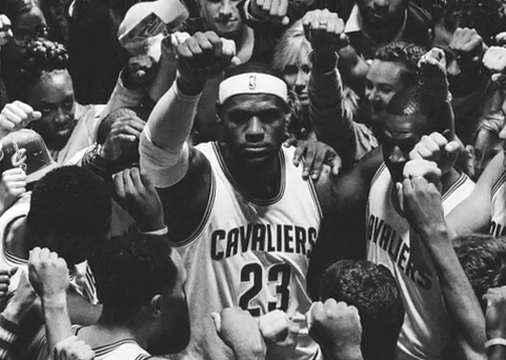 Wieden + Kennedy Portland has presented a simple, soulful idea that showcases one of basketball's biggest athletes in a very different way. This was a journey that started the moment LeBron James announced his return back home. James’s return to Cleveland is bigger than basketball. With a new team and his city behind him, together is the only way.

And so W+K made "Together," a two minute commercial that will air right before tip-off of the first Cavs' game of the season. The film portrays Cleveland citizens joining James and his teammates as they huddle before the opening night tip-off. Cleveland fans from all walks of life converge on the Quicken Loans Arena and join hands as a show of unity.

In addition to the film, a 10-story and 25,000 square foot installation located on the Ontario Street welcoming James back to Cleveland was unveiled today, as well as supporting newspaper ads.