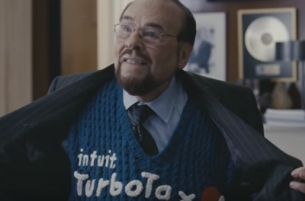 Intuit TurboTax is returning to the Super Bowl with a commercial not starring the iconic and legendary James Lipton.

The TurboTax Super Bowl campaign is a fun and satirical take on that trend, launching this week with a behind-the-scenes look at the inner workings of brands jockeying for the biggest possible names.

'Someone Else' is the humorous teaser starring an award-winning, and very excited, James Lipton being given some news by his agents regarding his role in the upcoming TurboTax commercial. He’s been replaced. By whom? They don’t know. Perhaps, we learn, by somebody 'more regal.'