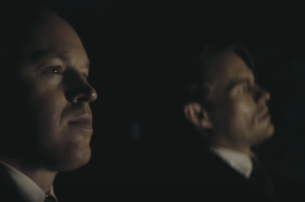 Dodge is welcoming the new year with three new TV ads that capture the spirit of the Dodge brand today, while continuing to celebrate the passion and soul of brand founders, John and Horace Dodge.

'Wolf Pack' embodies Dodge crafts muscle cars, compacts, crossovers and SUVs with massive doses of attitude. Built for top performance — from power off the line to handling in the corners — every Dodge vehicle delivers an impressive combination of power, technology, capability and efficiency.

'Pick-Up' is a classic story of love, fear and a Challenger, reminding everyone that Dodge has always made cars that stirred people's emotions.

'Old Man Story' shows the typical grandpa fable about walking five miles to school uphill both ways, and compares it with the Dodge Brothers’ strong, get-it-done mentality. As the spot points out, “We never heard John and Horace complain. The Dodge Brothers just built themselves a car.”