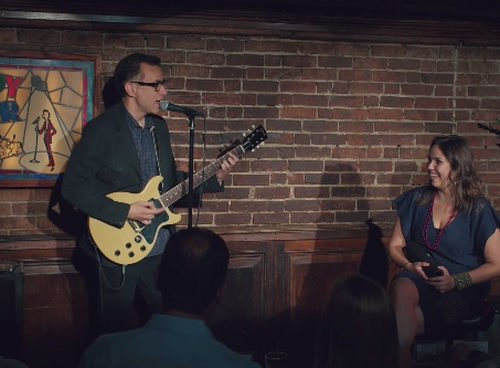 This summer Heineken is inviting people across America to look up at the world around them, veer off the beaten path and embrace the unknown in their cities with Routine Interruptions.  Born out of the insight that city dwellers fall into routines in their cities and fail to seek out new experiences, Heineken plans to challenge people to get them outside of their daily routines and unlock the secrets of their cities.

Now live, “The Payphone,” spot, featuring Portlandia star, SNL legend and 2014 EMMY nominee Fred Armisen, is the latest in Heineken’s series of social experiments that challenge real people to make a choice to get outside their comfort zone and shows what can happen if you let Heineken open your city.

Extending the challenge nationwide, Heineken is inviting people of legal drinking age to enter their phone number on www.RoutineInterruptions.com for the chance to be part of the campaign this summer. Thousands will receive a mysterious call from Heineken and, if they say yes to the unknown, will be invited to partake in a reward that will unlock a unique experience in their city. In partnership with Flavorpill Media, those who are selected will have the chance to change their routine and attend unique cultural activities that inspire them to try something new. Examples of these experiences include secret concerts in living rooms with Sofar Sounds and one-of-a-kind dinners with underground social dining-club, Dinner Lab.

“Heineken understands that while people may be familiar with many of the hot spots in their cities – they’re hungry for new experiences,” said Colin Westcott-Pitt, VP of Marketing, Heineken. “Through Routine Interruptions, we’re excited to continue our legacy of social experiments that both encourage and enable Heineken drinkers to open their world and discover their cities.”

As the latest phase of the Cities of the World fully-integrated global campaign, Routine Interruptions’ “The Payphone” experiment, produced by Wieden + Kennedy New York, takes a comedic look at how willing jaded New Yorkers who walk by a ringing payphone, dare to answer and are willing to walk into the unknown to see what is waiting for them.  Those who took part received a personal invite from Fred Armisen to join him on stage during a surprise performance in one of NYC’s most iconic comedy clubs.

Heineken is also inviting people across the country to unlock new experiences in their city through @wherenext, a social compass that reads the pulse of a city, using real-time social activity to discover what is hot and guide urbanites to new adventures off their beaten track. The real-time recommendations engine will help consumers answer that eternal night-out question, “Where next?” It is as simple as tweeting @wherenext and you will receive a response on the spot with recommendations of the hottest venues around you right then and there.