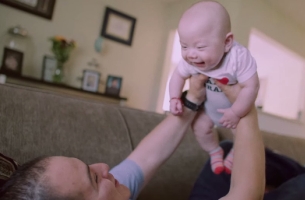 Delta Air Lines & W+K New York have launched a new social video to celebrate Father's Day. 'Airplane' – launching on DeltaFathersDay.com​ ​and Delta’s social channels – draws parallels between the role of a pilot in guiding the plane and its precious cargo to the role of a father as a pilot in a child’s life by providing safety, guidance, comfort and care.

Fathers, as the co-pilots of childhood, guide us where we need to go as we grow up. The Father’s Day film seeks to redefine fathers as 'pilots on the ground' via a simple and instantly recognizable childhood game – airplane.

The spot was shot by the Mercadantes; a husband and wife director/producer team known for the stunning humanity of their films. Adding to the authenticity, all the father/child pairings were real families.