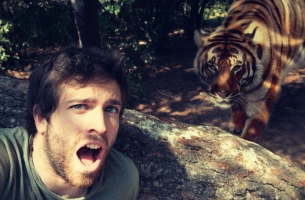 In the spirit of Blinkink's creative collaboration, Chris worked with Blinkart’s Emily Stein, whose documentary style photography was a perfect match for his witty concepts. Michael Buerk rounds things off lending his voice of reason, creating a playful public announcement.