The new spot is directed by Pretty Bird's Jonathan Desbiens 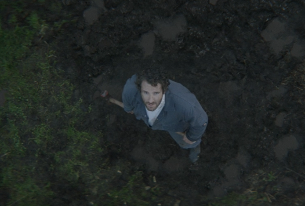 Wieden+Kennedy London releases a new campaign for Arla Organic Farm Milk, the first branded organic product released in the UK by Arla, the farmer-owned dairy company. The campaign film dramatises the relationship between an Arla organic dairy farmer, and the might of Mother Nature. Narrated from Mother Nature’s point of view, we see how this relationship, whilst not always an easy one, is mutually respectful, because both farmer and Mother Nature believe everybody should be able to enjoy all that nature has to offer.

‘The Deal’ TV ad recognises that the quiet work of nature is not so quiet after all - without the sun, rain, storms and wind that Mother Nature brings, the Arla cows would not have such lush and rich grass to feed on. Through all of this, the Arla farmer works hard, grafting and cutting no corners to bring each bottle of creamy milk to as many people as possible. Using a range of dramatic film techniques, and an emotionally powerful voice over, W+K London and Arla show how the might of Mother Nature and the care, skill and determination of the Arla organic farmer come together in a humble bottle of Arla Organic Farm Milk.

Charlotte Lawson, Brand Manager at Arla UK commented “The creative team at Wieden+Kennedy worked hard to ensure that this film was true to the hard work our farmer owners put in every day. For example, we shot the ad on one of our Organic farms in Devon owned by Roger Lee– where three generations of the Lee family were on hand to make sure we accurately represented their vast organic farming experience”

Dan Norris, Creative Director at Wieden+Kennedy London commented “The image of Organic is fairly twee and quite far from the realities of being an Arla Organic dairy farmer. We wanted to capture the true relationship that exists between farmers and the visceral might of Mother Nature (who it turns out, is a scouser)”

The ads will be delivered across a fully integrated through-the- line campaign including print, outdoor, and social. The TVC will air in the UK from Monday 20 February with a 40 second TV spot.