W+K London Intro Us to Mabel the Pug 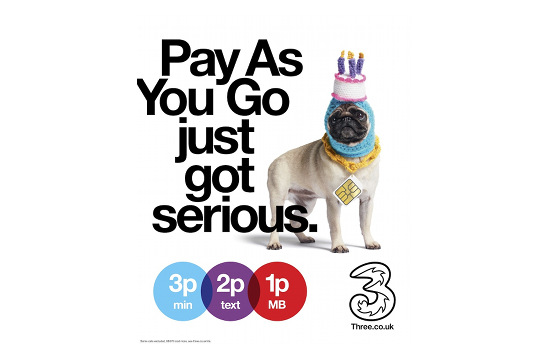 Wieden+Kennedy London has launched a new campaign for mobile network Three's pay as you go network, in which we are introduced to Mabel, a most adorable little pug. Complete with Granny-knitted birthday cake woolly hat and sim card medallion, Mabel is on a mission to make pay as you go a serious business - and with that diddy face, who's to say she won't succeed?

The TVC was directed by The Sniper Twins of Smuggler, VFX by MPC and it was edited by Stitch.