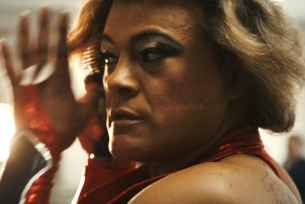 This summer, a new film created by Finlandia Vodka will bring 1000 years of wisdom to viewers, aiming to inspire them to bring the brand’s less ordinary philosophy into their own lives.

The brand’s new campaign, 1000 Years of Less Ordinary Wisdom, is an exploration of this idea. Launching worldwide on 11th June, the campaign is led by a two and a half-minute documentary style film which captures the wisdom of an extraordinary cast of characters.

Together with creative agency Wieden+Kennedy London and award-winning director Siri Bunford, Finlandia scoured the world to find people that embody the ‘less ordinary’ spirit, and whose ages total one thousand years. The team interviewed each of these characters with the ambition of distilling their wisdom into a documentary-style film, aiming to inspire others to lead a ‘less ordinary’ life.

From a drag-wrestler in New Mexico’s take on confidence, to a former double agent’s view on identity, the film’s nuggets of wisdom aren’t the usual, saccharine and predictable set of platitudes. 1000 Years of Less Ordinary Wisdom delivers life advice that could only come from those who together have truly lived ten centuries of ‘less ordinary.’

The film features a total of 14 characters, including nonagenarian grande dame of fashion, Iris Apfel, kinetic sculptor Theo Jansen and Icelandic Game of Thrones actor and world’s third strongest man, Hafthór Júlíus Björnsson. Driven by an energetic soundtrack, footage of the characters against backdrops ranging from dense Finnish forests to the vibrant streets of New Orleans is intercut with powerful quotes of each person’s wisdom.

Alongside the film, which will be released online, portraits taken by photographer Todd Antony will extend the wisdom of the film’s cast of characters to social media, press and outdoor sites. A cocktail recipe inspired by each character and created by Finlandia’s expert mixologists will also be released on the brand’s Facebook channel.