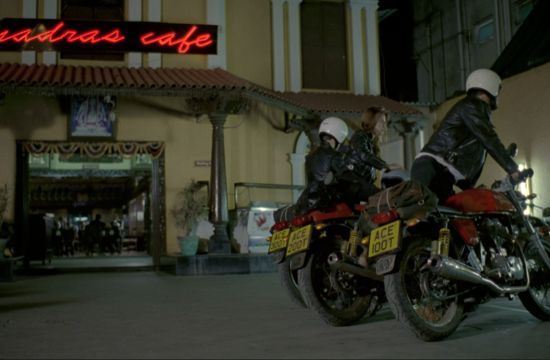 Royal Enfield launches the Continental GT Film for the launch of its lightest, fastest, most powerful Royal Enfield in production.  Created by Wieden+Kennedy Delhi in collaboration with Paul Minor, Magni Agustsson and Hello Robot, the film remains true to the spirit of the café racer culture, extending across continents but many miles and years down the road.

A band of rockers embark on an epic 11,000-kilometre burn-up. They set out from the birthplace of café racer culture -- the Ace Cafe, London and finish at Madras Café, India, close by the Royal Enfield plant in Tamil Nadu where the Continental GT is built. Spanning continents and cultures, this café-to-café ride captures the spirit of pure motorcycling and the exhilaration of getting astride this much awaited motorcycle.

Starting this week, the ad will release digitally, supported by print advertising and outdoors.