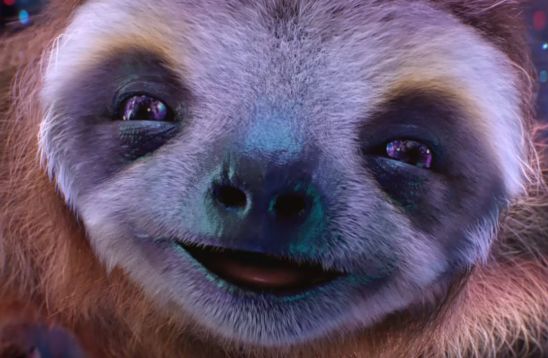 In the latest of Three's visually stunning CGI films, we see the magical transformation from dolphin to dolph-a-sloth as it dips, dives and somersaults through an infinite landscape.

The 60-second film, which features a voiceover by the inimitable John Goodman, is launching today alongside extensive cinema, out-of-home, digital, social and print advertising in a media plan devised by Mindshare.

Dave Day and Larry Seftel, creative directors at Wieden+Kennedy London, said: “Go Binge is the second in a series of exciting initiatives from Three. This time they're offering TV and music streaming without using any of your data allowance. And it feels as good as this guy, half dolphin, half sloth, having the time of his life. We've had the privilege of working with a seriously talented team of animators at The Mill and we're really excited about the final product.”

Neil Davies, Executive Creative Director at The Mill, added: “It was great to see animators and concept artists let loose and go crazy to create this dolph-a-sloth and the fantastical world it inhabits. A fantastic, fun, creative project, a pleasure to work alongside the teams at MJZ and Wieden+Kennedy London and an amazing job from the whole team.”