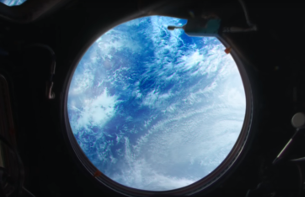 S7 Airlines, one of Russia’s largest carriers, has revealed The Best Planet – an integrated campaign that depicts the best planet we know from a surprising perspective to awaken the senses and inspire Russians to travel.

Through immersive film, print, OOH, radio and digital activations, the campaign created by Wieden+Kennedy Amsterdam reminds Russians about two wonderful gifts they’ve all been given - the best planet we know, and a life to experience that planet. To communicate these gifts, each of the campaign’s creative executions shows the world from a perspective that allows viewers to truly experience and feel Earth’s beauty and mystery, transforming travelling into a valuable and meaningful journey for the senses.

Presented as a visual poem dedicated to Earth itself, the campaign’s film is a message from someone who can truly appreciate what it’s like to be away from it - Russian cosmonaut, Andrey Borisenko, who spent 164 days away from Earth on his last expedition. Andrey narrates the film, which celebrates Earth’s hidden wonders by depicting the sensorial experiences different destinations can evoke. Directed by AG Rojas, it was shot across the globe including Thai caves, Croatian coasts and St. Petersburg’s stunning Hermitage – the first time an advertising campaign has ever been shot in the historical museum.

The sensory theme extends to the campaign’s print and OOH, which includes building wraps and billboards across Russia. Each execution is dedicated to a global destination S7 Airlines flies to and portrays a sensation visitors are likely to experience when travelling there – from the culinary smells of Bangkok to the bright lights of Shanghai – with headlines integrated into the imagery to further reflect this sensory immersion. In addition, listeners are transported to jungles, cities and even on a free-diving adventure, with radio spots that emphasize the sounds of each destination to create the feeling of truly being there. Digital and social activations further communicate the campaign online, and a specially created landing page on S7’s website enables Russian travelers to find their next travel destination based on their sensorial preferences.

S7 Group Deputy General Director, Tatiana Fileva, comments: “With this campaign we wanted to show our planet from a new, unexpected perspective to inspire passengers to travel, discover and explore amazing places. Travel is the opportunity to experience new sensations, to see the beauty and feel the energy of Earth”.

Wieden+Kennedy Amsterdam Creative Director, Evgeny Primachenko, says: “As the airline of modern Russia, S7 Airlines’ difference lies in its ability to inspire and its unique cultural point of view. To communicate this and the extensive array of destinations the airline offers, we created a campaign that embraces the power of perspective to show our world in an exciting, poetic and thought provoking way. Aiming to not just remind people of the gift we’re given everyday by living on this amazing planet, but to inspire everyone to get out there and explore Earth.”

The campaign is live across Russia now, with local travellers able to discover their own sensory experience here.