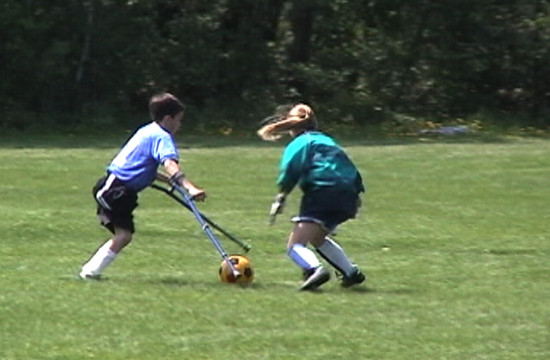 Today Powerade, the official sports drink chosen by FIFA, unveils “There’s Power in Every Game,” ahead of 2014 FIFA World Cup™. The campaign, created with Wieden+Kennedy Amsterdam, includes television commercials, print/out-of-home, documentary-style films, and for the first time global digital activation that hero real players - celebrating the sweat, hard work and determination it takes to overcome adversity and power through.

Spanish Professional Footballer, Andrés Iniesta, who memorably scored Spain’s winning goal in the 2010 FIFA World Cup™ is the face, of the campaign which is also supported by stories of five amateur athletes from around the world. All of the athletes have overcome challenges in their lives and in the process have lifted their teammates, rallied supporters and inspired communities through their dedication and achievements in the sport.

The central documentary in the series, first revealed last week in New York at the Kicking + Screening Football Festival, is that of American athlete Nicolai “Nico” Calabria. The film follows Nico, born with only one leg, as he grows up and defies expectations; redefining possibility. Incorporating hours of home video footage edited with live action film, Nico’s documentary portrays the raw and inspiring willpower of a young man who refuses to let any challenge stand in his way.

“Nico’s story is one of unwavering determination,” said Brynn Bardacke, Global Group Creative Director for Powerade. “He truly embodies what we mean when we say there’s power in every player and power in every game.”

“There’s Power in Every Game” will launch in close to 40 markets worldwide ahead of the FIFA World Cup™ in Brazil including the US, Mexico, Brazil, Canada, Japan, South Africa and South Korea.