W+K Amsterdam Pours Some Patriotism into the FIFA World Cup 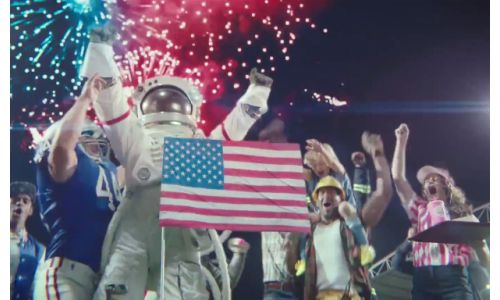 The FIFA World Cup turns every sports fan on the planet into a patriot, especially in the United States of America where soccer's popularity is booming and millions are getting behind the US Men’s National Team. With football fever taking hold, EA SPORTS FIFA today launches a patriotic online campaign that will appeal to every gamer, and to every American with a star-spangled heart.

Team USA may be set to face the perilous Group of Death at 2014 FIFA World Cup Brazil, but when you've got 314 million proud Americans behind you, anything is possible. And thanks to EA SPORTS 2014 FIFA World Cup Brazil every one of them can play their part. The fate of Team USA is now resting not only in the hands of eleven men, but in the hands of every, single American.

Created by Wieden+Kennedy Amsterdam, the campaign launches with a 75-second online film that features a team of soccer heroes representing a cross-section of American society - a 'Best of America XI.' From classic American icons like a cowboy and astronaut, to modern marvels like the Silicon Valley entrepreneur and B-Boy, everyone who makes America great has the fate of the nation in their hands this summer.

Set to the classic tune, 'I am a Real American', 30 and 15-second versions of the film will also run as online adverts and be further supported by social content and digital display.