W+K Amsterdam & Nike Rally Europeans to 'Be the Baddest' 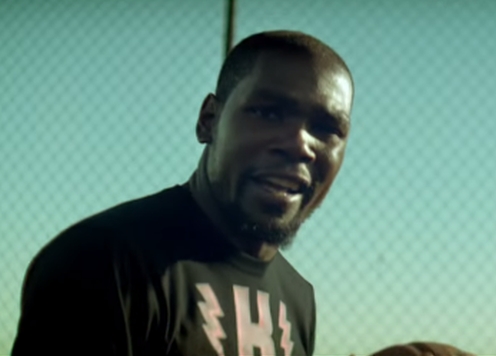 The journey to become the baddest is not an easy one. Young ballers aren't always given the opportunity to play; they might be knocked back and even told that they won’t make it. But Kevin Durant, Nike and Foot Locker believe the baddest can come from anywhere so are on the #searchforthebaddest new European player.

Created in partnership with Wieden+Kennedy Amsterdam, the campaign’s 60-second film aims to inspire European ballers. Showing them how Kevin Durant 's rise to the top from humble beginnings probably isn't that different from what they face. So there's no reason why they shouldn't make it too. If they keep working, trying and believing then one-day they might just be ready to take on Kevin Durant and earn the title of the baddest player alive.

‘Be The Baddest’ launches the new Nike KD7 collection and Air Force 1, available at Foot Locker. A version of the spot will also air in North America as a follow-up to Nike’s ‘The Baddest’ film, which launched earlier this year.

Social and digital activity supports the TVC, which will air in the United Kingdom, Spain, Italy and France from August 28. Fans can watch the film on Foot Locker Europe’s Youtube page now.