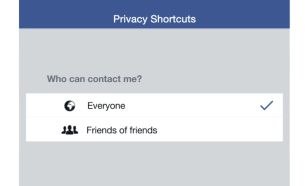 Facebook has launched ‘Make Facebook Your Facebook’, the first cross-media marketing campaign in Germany that portrays how people have the power to make the platform their own.

Facebook is designed to give people the power to connect and share the things that matter to them most, however since Facebook first launched in 2004 the way people use the platform has constantly evolved. Thus, the complexity has risen and today, Facebook needs to do a better job explaining some of its fundamental features and empower people to leverage the controls they have.

Following extensive conversations with hundreds of Germans, the brand discovered that a lot of people have similar concerns and questions about the platform and its functionalities – especially with regards to control, triviality, recurring ads, unwanted content and privacy settings. With ‘Make Facebook Your Facebook’ Facebook has started a dialogue with the German people and aims to dispel some of the most common misconceptions about the social network.

‘Make Facebook Your Facebook’ was created with Wieden+Kennedy Amsterdam, who began working with the brand last year. The integrated campaign is based on hundreds of video submissions from everyday Germans from across the country, received as part of the campaign’s qualitative research that asked approximately 800 people what they thought of Facebook. The honest opinions in the hundreds of self-shot responses comprise the campaign’s TV, print, out of home and on-platform films.

Each creative execution addresses and answers received criticisms by highlighting a Facebook feature or tool that can help better the person’s experience. Proving to the German audience that with the available control and privacy tools, everyone has the power to make Facebook their own and connect on their terms.

Five 30-second TVCs, which address concerns such as privacy and irrelevant content, will air nationally, along with a series of print and OOH executions. On the platform itself, seven short films further respond to interviewee concerns and debunk commonly held misconceptions about Facebook, along with a series of educational ‘how-to’ assets that share practical advice to help people make the most of the platform’s features.

“Our culture of innovation and change is rooted in listening and learning from the people using our platform. In Germany, it’s important for us to reach out and open up the conversation directly with Germans, to hear about what’s on their minds when it comes to Facebook. As we’re listening, we’re suggesting ways for people to use the platform’s features and functionality to improve their experience – to make Facebook truly their Facebook. By being more transparent in addressing their questions and concerns by featuring clear solutions, we want Germans to know that we are taking their feedback seriously”, says Tina Kulow, Director Corporate Communications Northern, Central and Eastern Europe, Facebook.

W+K Amsterdam Creative Directors, Daniel Schaefer and Szymon Rose, reflect: “We knew straight from the beginning that we had to be very thoughtful how we portrait people's opinions about Facebook. That's why we chose to ask Germans all across the country to record the footage themselves. That way we could ensure to capture people's feelings towards Facebook as unfiltered and as authentic as possible."

‘Make Facebook Your Facebook’ is live across Germany now. Fans outside the country can learn more about the campaign on Facebook’s German Newsroom.