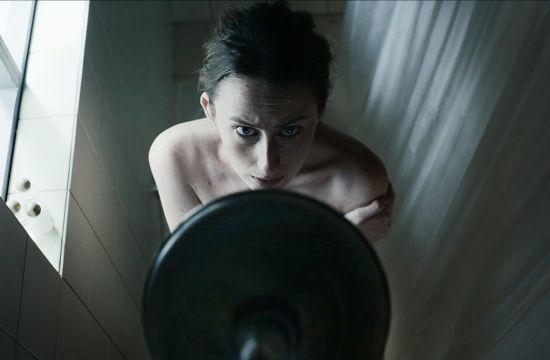 It’s great when things work better than expected, whether it’s a teapot that miraculously manages to pour a splash-free cuppa, or a mobile network that gets it right.

Tesco Mobile today launches its latest UK brand campaign, which is all about expecting better. Created by Wieden+Kennedy Amsterdam, two TVC spots launch the campaign that dramatize the epic feeling people experience when small but important things in life work better than expected; an unfamiliar shower and the humble teapot.

In each scenario an individual is expecting the absolute worst, but in the end it all turns out fine. In fact it turns out better than expected, which is exactly how it feels to be with Tesco Mobile.  With Anytime Upgrades, 4G at no extra cost and Capped Contracts, customers can expect better when choosing the network.

“Building our brand credibility is a key objective for Tesco Mobile in 2014.  We know our customers think highly of us but we want even more people, especially a younger audience, to seriously consider Tesco Mobile and experience better from their mobile network,” says Simon Groves, Tesco Mobile Chief Marketing Officer.

Print and digital out of home executions further support the campaign, also launching across the country today. The two films can be viewed now on Tesco Mobile’s YouTube channel, http://www.youtube.com/tescomobile, with one more spot launching later in the year as an extension of the campaign.