W+K Amsterdam and Corona Reveal Heartfelt Poem to the Sea 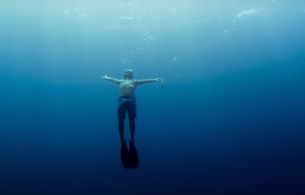 In celebration of World Oceans Week, Corona and Parley for the Oceans today reveal ‘What The Ocean Gives Us’, a heartfelt poem to the sea that is part of a commitment to protect 100 islands against marine plastic pollution by 2020.

With every breaking wave, every salty breeze, every sandy footprint giving way beneath our feet, we are reminded that the ocean is, truly, the place that keeps us feeling alive. The ocean gives us so much, but it’s at risk by the estimated 8 million metric tons of plastic waste that enter our Earth’s waters each year. If current marine pollution trends continue, the oceans will contain more plastic than fish by the year 2050.

The 60-second What The Ocean Gives Us film helps take a stand against ocean pollution and aims to raise awareness for the issue by reminding viewers why we love and need the ocean. Corona is a brand that was born at the beach, surrounded by ocean. It exists to inspire the world to disconnect from routine and reconnect with your essential nature. As a brand that celebrates a life lived outdoors and calls the beach and the oceans home, Corona is committed to protecting its homeland. But this home is facing a great danger.

The film is part of Corona and Parley for the Oceans’ partnership to help end marine plastic pollution, which was revealed last month on International Recycling Day. The long-term partnership launched with a plan to protect 100 Islands by 2020 starting in six key regions in different parts of the world – Mexico, Maldives, Australia, Chile, Italy and Dominican Republic. The partners will protect these regions by implementing Parley’s creative, multidisciplinary approach and signature formula, the Parley AIR Strategy (Avoid, Intercept, Redesign).

“We needed to take a stand and protect the heart and soul of our brand. We will spread our love for the oceans and make people understand that we need to take care of it, inspiring people to change their own behaviours. Corona is present in more than 180 countries and we have the opportunity and the responsibility to use that reach to be a voice for the oceans.” says Thiago Zanettini, Global Vice President of Corona.

Alvaro Sotomayor, Creative Director at Wieden+Kennedy Amsterdam - Corona’s global creative partner, says: “This project is about plastic. How it is everywhere. On this journey with Corona we've travelled to the most incredible places on Earth, and sadly saw firsthand how they were all affected by humanity's carelessness, our lack of awareness of the consequences of our behaviour. Ultimately, we felt the need to share what we saw. To work together with these two ocean lovers - Corona and Parley for the Oceans – to transform fear into knowledge, selfishness into collaboration, and love into hope for our oceans, our beaches, our world."

The film is narrated by Diego Luna and features the global ambassadors associated with the CoronaXParley partnership; actors Chris Hemsworth and Nashla Bogaert, as well as surfers Ramon Navarro and Matt Wilkinson. ‘What The Ocean Gives Us’ follows a 3-minute film that initially launched the partnership last month.

Says Cyrill Gutsch, founder of Parley for the Oceans, "We are at war with the oceans. And if we win, we lose it all. Because every second breath we take, is created by the sea. The environmental issues we are facing, are caused by faulty economic systems. It is easy to blame big corporations, but the creative industries should truly own the problems. We have the tools to change it all. And we can do it really fast if we want."