WIZZdesign & Psyop Partner Up for France 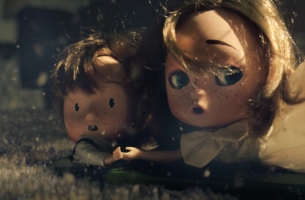 Drawn together by the common mission of crafting compelling mixed media content, Paris animation studio and graphic laboratory WIZZdesign and NYC-based Psyop have established a special collaboration for the French market.

By building a flexible production workflow between the bi-continental teams, both WIZZdesign and Psyop realized they had discovered a sweet spot for creating ambitious projects that can have production or post production on either side of the pond.

Started in 2003 as part of the Quad Group, WIZZdesign has spent the last decade developing directors of varying styles to become a true creative solution in France. This is further realized by partnering with Psyop's mixed media teams that are behind groundbreaking projects such as Coca-Cola’s "Wearable Movie," the blockbuster sci-fi football film "The Training" for Samsung, and the multi-platform game "Nightmare: Malaria," which have attracted the attention of Cannes, Clio, Emmys and many more.