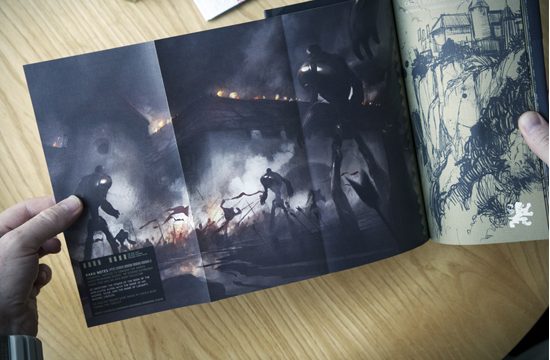 Wizards, robots and comic books. Three ingredients which might just be the secret recipe to the perfect brief.

Drawing on quantum physics, theoretical robotics, magic and time travel, the series depicts an epic battle between mages and machines. The team at Struck were tasked with the enjoyable – if not overwhelming – task of fleshing out the universe and bringing it into the real world. 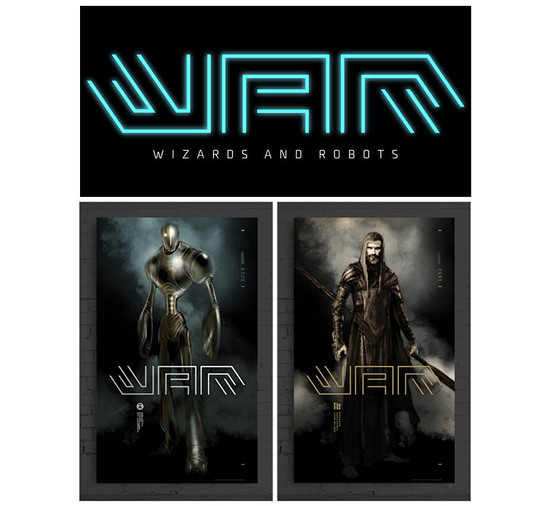 The finished article, revealed at the Wizards and Robots press conference during the recent New York Comic Con, is a four volume library contained within a 3D-printed ‘crystal’ box. As well as designing the artefact, Struck were also on board to design the logos and branding for W.A.R.

According to Struck’s Dustin Davis, the team started working on the project in June. “The nice thing was that we had a couple of brainstorming meetings with Will and Bryan who were very collaborative during the whole process. Talking with them, we quickly narrowed down the idea of the thing. We quickly all gravitated with this idea of coming up with a background story and expanding on the world. That part was really nice, having exposure to those guys.” 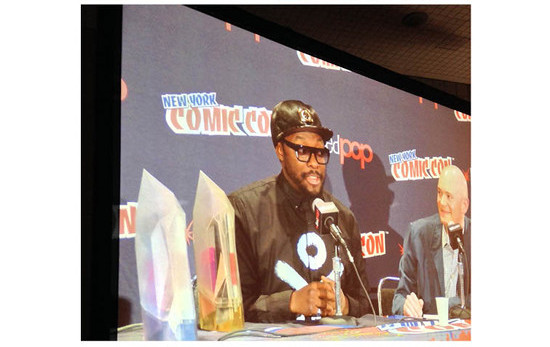 Another key collaborator was Jose Fernandez of Ironhead Studio, a creature and costume design studio that has worked on everything from Batman Returns to Thor and Hellboy. Jose had helped develop the character design and look of the series so the team kept in close email contact.

Working with Will.I.Am and Brian David was a fascinating experience for the team. Their first meeting, originally intended as a short and sweet demonstration of intial ideas evolved into a sprawling, all-encompassing discussion that lasted hours. 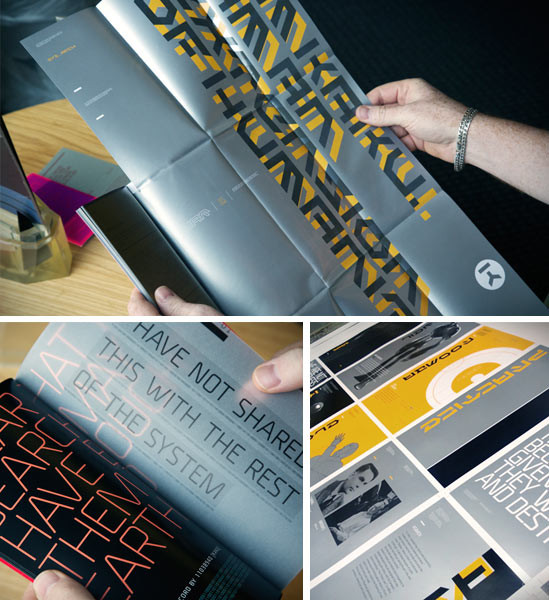 “Brian David is a super excitable, very intelligent guy and every meeting he came to he brought piles of science books. It was actually really interesting because everyone’s heard of Will.i.am and knows his brand presence and how he portrays himself publically, but we weren’t sure of what to expect. Would he do the typical Hollywood thing of just tagging his name onto a project? He was actually really intelligent and had a lot of passion for this whole thing. Every idea that we would bring to him he would quickly leap onto it and expand upon it,” explains Dustin.

Throughout the process, Brian David Johnson provided the story content for the team to editorialise and Will.i.am oversaw the creative vision.

The team was also keen that the mini-library would be more than a piece of branded content but something that brought the world of W.A.R to life.

“We wanted to create an in-world item that people could physically relate to in the real world,” says Dustin. “There’s a lot of time travel in the book and so we had the idea of ‘freezing’ something from another time. Originally we were going to have a far more complicated puzzle box that would go inside this crystal. It all came out of this idea of wanting to make a 3D print of something that comes out of the story, because Will is super-passionate about it.”

According to Struck designer Tosh Brown, the project was an enjoyable one for comic fans like himself, but not without challenges. “Obviously the 3D printing was the biggest challenge. Whenever you’re working with a 3D form, prototypes are so necessary. We got it to work out literally hours before shipping. That was probably one of the big challenges. The other challenge is that we wanted to have a diverse library within the crystal. We were trying to approach each book differently and give them enough personality graphically, but we also wanted them to also have them feel like they’re under the umbrella of the wizards and robots story. We wanted it to feel like a real library rather than you were just looking at four branded books from the exact same thing. They all tied back to each other in some way but they all had a unique printing process, printed on different materials. We really just tried to diversify each piece.” 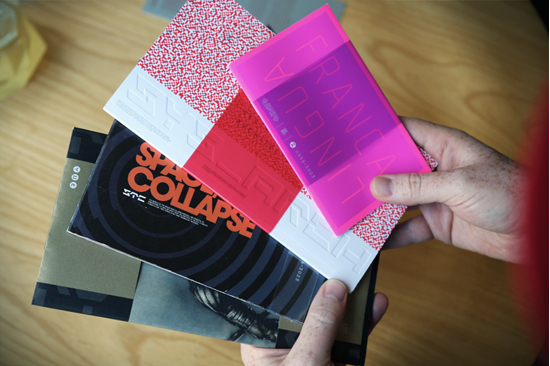 As far as branding exercises go, the Hogwarts-meets-Terminator rollercoaster has been intense, unusual and experimental. And for geek culture enthusiasts Dustin and Tosh, the experience of world-building and mythologizing is one they’re not keen to let go of. “We’re huge nerds too. I think we’ve been at the studio trying to showcase we can do more long form and unusual projects.”