Campaign created by Saatchi & Saatchi London, shows a group of teens in a state of panic after a severe leak during a house party 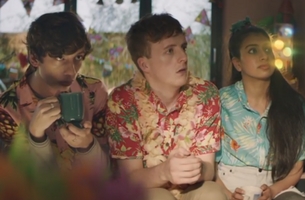 Today Direct Line launches its ‘Fast Response’ campaign to promote its new Home proposition, which will see action within 24 hours to help customers deal with devastation to the home following a severe leak.

An extension of the previous Home campaign (Emergency Plumber), Fast Response shows how Direct Line is invested not only in handling claims for damage done, but also in helping customers in the worst situations execute an action plan to deal with the aftermath of the water damage.

The campaign, created by Saatchi & Saatchi London, shows a group of teens in a state of panic, after a severe leak during a house party has left the house in a state of disarray. As the teenagers despair with their heads in their hands, Winston Wolf and a team of specialists swoop in to help mop up the mayhem, and water, caused by the leak.

Spanning TV, radio, digital and paid search, the campaign, has been devised to resonate with consumers at the moment they start anticipating getting home, including when they begin their commute home from work or when they are headed home after a holiday.

The 30” TV spot is due to air on February 16th in the evening and will also feature during The Voice on February 17th.  The digital campaign, which will run across Facebook, YouTube and paid search, will launch on February 27th.

Wendy Pearson, Head of Marketing, Direct Line comments: “A severe leak can cause devastation to a home. In some extreme cases, it can even render a house uninhabitable which can cause additional stress and worries to an already less than ideal situation.

“At Direct Line we want our customers to always feel like their insurance simply works when it needs to. It’s why we’ve launched ‘Fast Response’ to deliver fast and effective help to assist our customers in getting their lives back on track as if the situation never happened.”