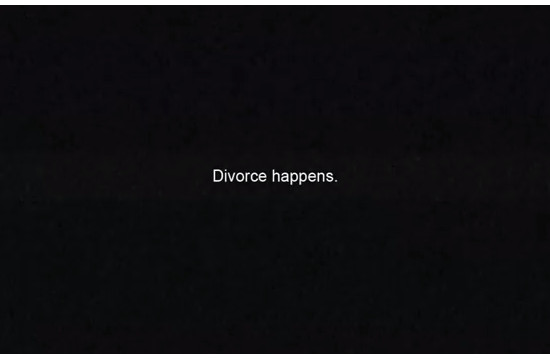 Divorce happens. It can be a shock – sometimes a surprise and a shot out-of-the-blue.  Along these lines, the Law Offices of Esteban Gergely turned to Grey’s Hispanic advertising agency Wing to execute a campaign that would equally shock.

Utilizing the fact that the removal of a video from YouTube tells a story on its own, Wing created three videos – “Honeymoon,” “Wedding,” and “Anniversary” – to show what happens when a divorce happens in today’s social media age – users remove evidence of their former happy lives.

The three YouTube spots created by Wing use thumbnails to allude to the videos’ content. In the “Honeymoon” video, “Kate & Tommy” are the subjects of video (alluding to Katie Holmes and Tom Cruise); in the “Wedding” video, “Katie & Russell” are the subjects (alluding to Katy Perry and Russell Brand); and in the “Anniversary” video, “Ashton and Demi” are the subjects (alluding to Ashton Kutcher and Demi Moore). When a user clicks on any three of these videos, the screen goes to black, stating: “This video has been removed by the user.” After, users see the tagline “Divorce happens” and the video showcases the logo of the Law Offices of Esteban Gergely.

The campaign, which launched today, is meant to shock and awe as users are initially searching and expecting to see intimate videos of these now-divorced celebrity couples.