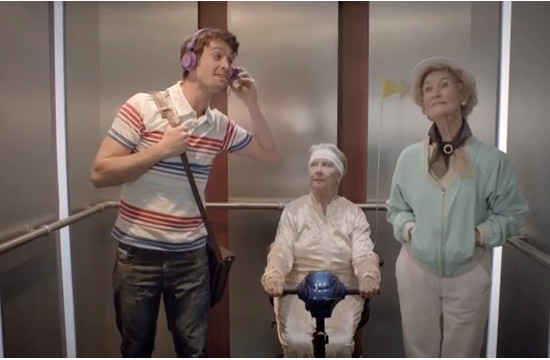 Wimpy, the iconic 46-year old family restaurant chain, is reminding South Africans why they love its breakfasts with a put-a-smile-on-your-dial television commercial from Draftfcb Johannesburg and Egg Films.

The ‘Own Your Day The Wimpy Way’ ad, shot over two days at various locations including Fourways Mall, Braamfontein and Rosettenville, broke earlier this month (September 8).

The brief put to the agency by Wimpy marketing executive, Marianne Fraser, was to further entrench the chain’s ownership and leadership in the ‘breakfast occasion’ market, as well as continue to position it as the all-day breakfast destination.

Created by a team comprising creative director Grant Sithole, copywriter Bongingkosi Luvuno and art director Lethukuthala Zimu, and led by executive creative director Jonathan Deeb  and chief creative officer Brett Morris, it follows a young man who is obviously in a great mood as he interacts with grumpier folk throughout his day.

In his car in the traffic, he sings out loud; walking along the pavement, he attempts to high five strangers in greeting; making his way to his desk, he jokes and two ‘gunzeys’ with fellow employees. What is it that puts the spring in his step, the song in his heart, the smile on his dial?

“Wimpy’s Day Maker Breakfast, of course,” answered Fraser. “Since 1967 synonymous in South Africa with great value dining, Wimpy also owns the sit-down breakfast occasion in the market. This ad highlights that fact by showing that a Wimpy breakfast more than just feeds your body, it makes your day.”

“This is a simple concept executed perfectly by Draftfcb’s creative team and Dani Hynes of Egg Films, something that always makes for great communication.

“As a result, you can’t help but smile when you see it, and recall how great you felt when you last enjoyed a Wimpy breakfast,” added Sithole.

The catch phrases #all2gunzy and #tralala in the office are making their way into people’s comments on social media after just a few days - a good sign so early after the launch.

Wimpy, a brand that has always been famous for their breakfast, is putting a stake in the ground that your day isn’t off to a good start unless you #ownyourday – the Wimpy way.