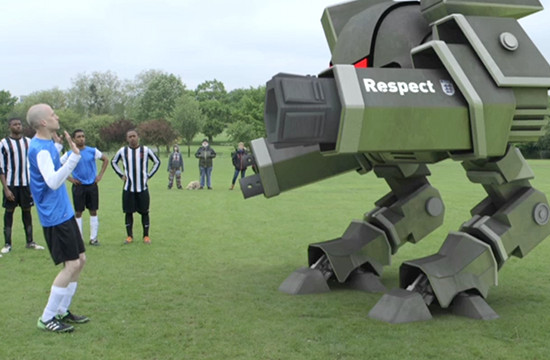 Through Man + Hatchet, director Will Tribble has directed this charming viral for the English Football Association's RESPECT campaign. With respect towards referees and child footballers still an ever increasing problem, the FA has set out to target the issue with, well, a giant robot.

Will Tribble is signed to Indy8.