Will Tokyo Advertising Go For Gold at the 2020 Olympics? 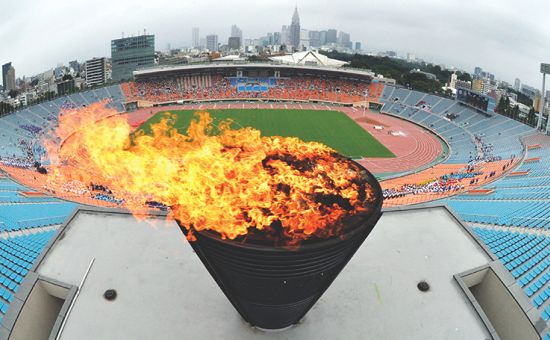 Top creatives from Tokyo discuss what effect the 2020 Tokyo Olympic Games will have on Japan's creative industries and also tackle the tricky debate on around the recent Tokyo Olympic Games logo plagiarism scandal and what steps will be made by the creative community to move forward... 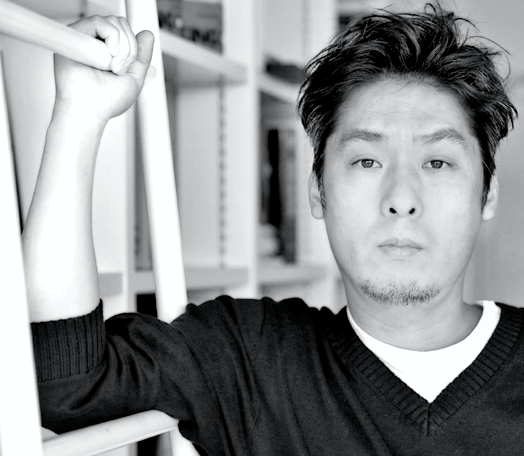 The privilege of hosting the 2020 Olympic Games was won after the defeat for the 2016 games. News of this decision was something that the Japanese people had truly longed for. It was a ray of light that shined into the long dark tunnel of a stagnant economy. Various media announced this light as a ray of "hope" and many citizens have strong "expectation" for the positive change it will bring this country.

Its effects on the creative industry had already started from the time of the bidding activities. It is said that Dentsu, the largest advertising agency in Japan, supervising strategy and creative work used in presentations to the IOC, largely contributed to the victory. Following the win, Dentsu has been assigned to be the official agency in charge of marketing, to support the Olympic committee in marketing and creative work.

During this festive mood, the Tokyo Olympic logo is becoming the talk of the town, in a very negative way. A Belgian designer posted a comment on SNS that the Olympic logo was a copy of his own work. This news swept across the world, resulting in a highly irregular situation of the design being completely revoked and a starting over from the design competition.

As a designer, I have no intention of pursuing whether or not this particular design was plagiarised or not. This is because designers are the most sensitive to how incredibly shameful "copying" a design is and I believe that the designer in question would feel the same way.

In order to be rid of these allegations, the designer held a press conference to convey to the general public his concept and details on how the design was created. I myself, having expert knowledge in design felt that it was a completely different design, as this concept had originality and executional applications were shown. Most fellow designers shared this opinion. But when I questioned my wife, who has no expert knowledge, her response was that, "It looks similar. I can see why it is said to be a copy". And, opinions similar to my wife’s are the majority within this country.

There is a great "gap" between the creator/designer, who values the background and concept, and the general public, who's only standard for evaluation is visual impression. This standard is what is to be expected from the general public.

Furthermore, what broadened this "gap" was the internet. Many people would utilise the internet to become investigators and reveal their findings, and those who saw these would become the judge and jury, commenting on the news they had seen. It is a fact that this negative power added momentum to this incident. It was an ugly sight but this is also a reality of the modern times.

The question remains as to how we must think and act in this uniquely modern situation.

I believe that the essence of a design is its power to "solve issues" and "propose new values". Its shape and coloration are merely styling, a method for executing this essence. It is necessary for designers to reconsider this point and carefully communicate their concepts and basis for originality, as a part of their design work, to the general public or end users, to bridge the current "gap".

What I truly hope for is that a simple and refined design, that Japanese designers are noted for, is pursued, rather than a shift to complex designs solely for the purpose of avoiding similarities. Simple designs may increase the risk of similarity, in the current state of highly advanced designing. The ability to communicate true intentions is what is required from Japanese designers to pursue this path. It is ironic that this is most likely the first time where such heated discussions regarding design have been conducted on a national level. Maybe that in itself is a step forward. 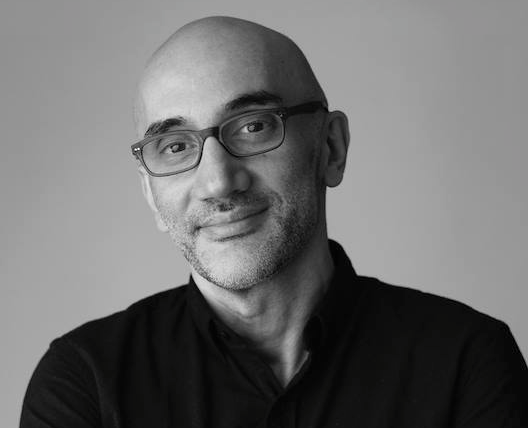 The Olympics’ effect on the creative industries and the logo plagiarism scandal should be looked at in the same context: Japan will be in the spotlight and government and businesses alike are already showing some signs of anxiety. Companies are rushing to architecture firms to redesign their offices, sending their employees to English schools and hiring more foreigners. And, ad agencies are becoming more international as well, which will definitely affect the campaigns they will produce.

Overall, there is a tangible sense that, now more than ever, Japan is becoming less insular, creatively as well. It’s a slow process and it’s not been a smooth one. But despite its long history, Japan is still a self-conscious teenager when it comes to accepting its role as a global player.

Recently an article in a national newspaper even asked its readers “Are we Japanese really that weird?”, a clear sign that the international exposure that comes with the Olympics is making the country proud but also - and maybe for the first time - a bit insecure.

That explains the whole logo debacle and it’s a good indicator of what could happen next. It’s not about the plagiarism per se (very debatable, since it’s a very classic logo), it’s about making sure to please everybody. Something impossible to achieve, of course. But not for the Japanese. 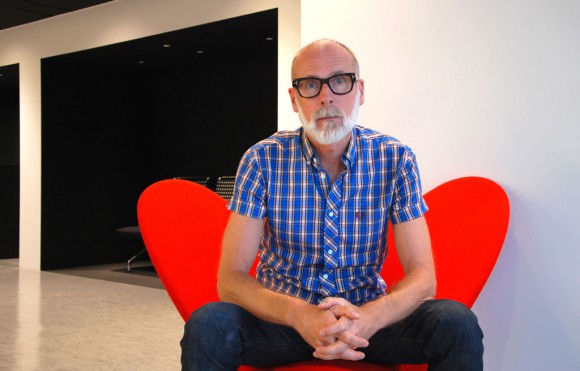 Japan 2015 and we are on countdown to the biggest international and cultural event to occur in Japan in decades with the world’s full attention on Tokyo for the 2020 Games of the XXXII Olympiad.

The 2020 Olympics are being regarded as a prime occasion to showcase all that is wonderful and spectacularly appealing about Japan, the host city Tokyo, the welcoming generosity of its people and the unique diversity of the arts and creative businesses.

For a number of years now, the Japanese government and various cultural and media authorities have been promoting Japan's creative industries through a campaign known as ‘Cool Japan’. This has been successful to varying degrees, but is now regarded by many as not ‘so cool’ with many confused as to its true purpose especially as there is little tangible evidence of the wider elements of Japanese culture being exported into foreign countries. The current insistence to focus on purely Japanese ‘topics' is tired and cliché and one that many feel, inside and outside Japan, needs addressing urgently.

In the lead up to the 2020 Olympics the creative communities of Japan will have to embrace a wider world perspective, to integrate global techniques and collaborate with world class talent, they should be encouraged to be more open minded in their approach and embrace the points of view of their international creative partners.

Two instances in recent weeks highlight that the insular and nervous approach does not always bode well. We’ve seen the Japanese Olympic Committee come in for huge international media scrutiny with the scrapping of both the controversial plans for the Olympic stadium and the launch then retraction of the Games’ official logo. The first personally blocked by Prime Minister Abe san reportedly due to spiraling costs and homegrown grumblings about issues with the design. Then secondly and almost more embarrassingly the logo designs were scrapped due to accusations of plagiarism. Not a great start, with the logo debacle causing huge debate within Japan, the local creative community and across the internet, the overall point of view being one of dismay at the choice of design and the manner in which it was chosen.

So now the search begins again for a suitable candidate and design, a tough job indeed considering the massive global online interest and public debate that places further pressure on any future design candidate with a dwindling list of participants willing or able to shoulder the responsibility. A huge PR job is obviously necessary but it is also a good time for the organisers to pause and reassess the direction in which they can take things. Let us also not forget the mass of criticism levelled at all aspects of the 2012 London Olympic countdown, including the logo, the opening ceremony plans, the infrastructure and the legacy of the Games. As we are all aware, it was a resounding success that on the whole reflected very well on all the cultural and creative teams and businesses involved.

A strong creative lead or ambassador is needed, working together with the wealth of vibrant and hungry homegrown creative talent who are willing and world savvy enough to welcome input and change. Who want to be represented by more than J-Pop idols and manga, who embrace a worldview of creativity whilst promoting all the traditional, modern and innovative aspects of their own culture. Maybe it’s time for the creative establishment to be brave enough in involving them more in promoting the ‘real cool’ Japan to the world. 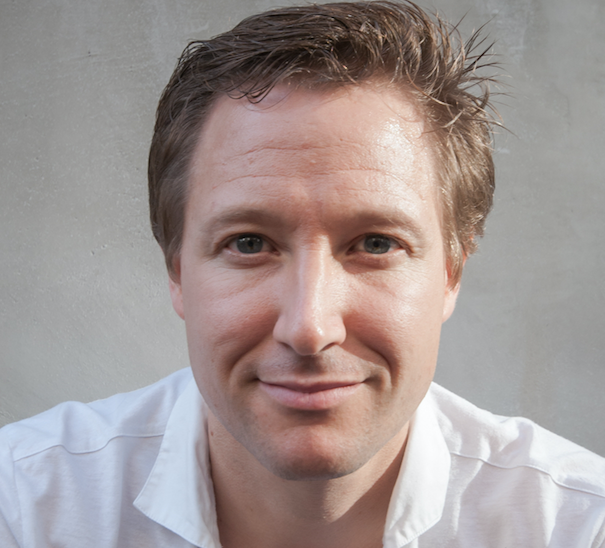 Japan’s creative industry goes through cycles of being more or less reflective of international creative trends, particularly western ones. Left to its own devices it has the tendency to plough its own deep furrow, reflect on its own heritage and emphasise uniquely Japanese characteristics, such as minimalist design, uniquely Japanese typography and traditional values. In doing so a gap with the rest of the world opens up, and at some point there is a course correction when creative professionals perceive that gap, find it interesting again, and explore the new fresh territory between the two.

Although the Olympics is a relatively short event and the creative output of the industry connected to the Games will be seen by a relatively small percentage of the world’s population, there is a strong sense that Japan will be on show, and already you can feel the Olympics acting as a catalyst for a more international-minded era of creative expression.

In that context, the logo fiasco has highlighted the fact that Japan’s creators are now part of a globalised community whether they like it or not. It was the awesome power of Google’s global image search in the hands of a determined and anonymous internet community that showed Kenjiro Sano’s design company to be guilty of serial plagiarism, and this will also drive Japan’s creators to aspire to producing work that is original in a global context, not just behind Japan’s cultural boundaries.

The Olympic Logo selection committee will now be looking to choose both a design and a designer that can stand up to international scrutiny, as they should have been doing from the start.