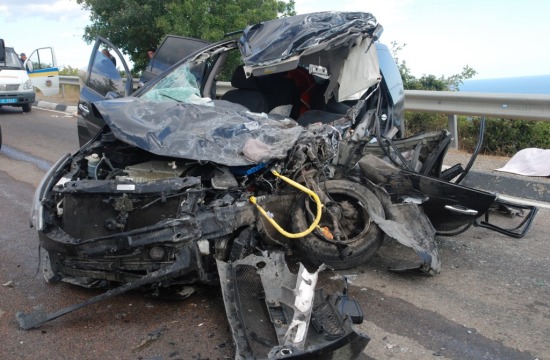 A hard-hitting speed awareness campaign is underway in Moscow, a city with one of the highest rates of road fatalities on earth.

Conceived by Hungry Boys for insurance company, Alfa Strakhovanie, ‘Crush The Speed’ uses cars that have been badly damaged in serious road traffic accidents as warning signs, in a bid to curtail the capital’s lethal speeding habits.

By accessing social networks and the ‘Crush The Speed’ campaign site, residents are able to vote on which parts of the city they wish these vehicles to be placed as a deterrent.

Vlad Sitnikov, creative director, Hungry Boys, says:  “A harrowing issue demands a harrowing solution.  We want to raise awareness of the unfathomable loss of life Moscow residents suffer as a result of excessive speeding. ‘Crush The Speed’ gives our citizens a voice.  We hope the physical presence of these ominous ‘ghost cars’ will put people off putting their foot down, making our roads safer for all.  If a success, we hope our strategy is adopted in other cities around the world.”

Svetlana Beri, director of marketing communications, Alfa Strakhovanie adds: “The attitude of many road users leaves a lot to be desired.  A major concern is the reported incidents of hit-and-run caused by speeding.  The startling figures speak for themselves.  If we can help save one life, this campaign can be hailed a success.”

Moscow saw road traffic accidents resulting in 258,618 injuries and 27,991deaths in 2012 alone.  Violation of the speed limit is a major contributor to these statistics.

The location of seven cars change every week depending on users choices.