Will 2016 Usher In the Brave New World of Virtual Reality?

Trends and Insight 881 1 Add to collection 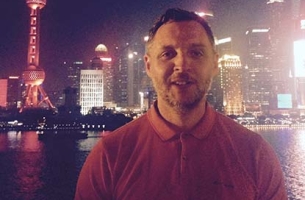 So, 2015 was the year in which virtual reality finally and flamboyantly shook off the shackles of its first name to become an undeniable actuality. As technology and investment finally caught up with the dream and ambition for creating truly immersive content and experiences, here at MPC seemingly every other conversation we have, and treatment we see, has been at least tickled by the VR brush. And as we stand on the edges of full mainstream commercial availability for headsets and experiences via tailored content, 2016 will surely be the year when we learn just how far this brave new horizon for communication and storytelling will stretch.

The potential is both exciting, and confusing at the same time. Will VR and immersion (whether augmented, virtual or mixed) end up remaining an exciting niche experience and form of content delivery, or the very future of entertainment? Will it be a tool used primarily for gaming, education, healthcare, or social interaction, or become a truly transformational pathway to new modes of human interaction and engagement with stories? Will viewers reject the undoubted barriers to entry via wearable tech, or will the technological advances we have seen emerge to take VR into the mainstream carry on at such a pace as to make immersion wholly natural and non-obtrusive?

Time will tell. If the six hours straight of VR demonstrations that MPC provided at our recent party to mark the expansion of our Amsterdam studio is anything to go by, the excitement is palpable and real. What is clear is that the creative possibilities appear to be extremely open-ended, and thus exciting for those willing to explore new ways of delivering information, content, and entertainment experiences. There are still several technical and process-driven hurdles to straddle. The ability to create photoreal environments in real-time, with associated developments in game engines and graphics cards is crucial, as is the power to film at higher frame rates, store and render information more efficiently, and to transfer more data at lower bit rates. Also crucial will be advances in production and VFX techniques, and of course the adoption and availability of headsets on the mainstream market. AR, and the likes of MagicLeap and HoloLens, are perhaps of even greater importance for the future of mixed reality. And the big issue for VR movies, or experiences, is solving positional tracking and really breaking down the current barriers to true movement and physical decision-making and exploration in a virtual space.

Relatively speaking, VR is still in its infancy. It is important not to get carried away by the tech and creative bubble that we in advertising often exist. We are fortunate to be exposed to the latest hardware and the latest creativity. But things are certainly accelerating and evolving. For VFX, with its established tools, workflows and markets, there are challenges also, in facilitating and empowering the content creators, pushing the technology as hard as possible, and establishing viable products and outputs.

But perhaps most crucial is the willingness of storytellers to adopt and push forward the boundaries of what’s possible by striving to create truly immersive experiences. Not recreate 2D stories for a 3D space, but really put viewers at the heart of their own narrative, and introduce real-time and realistic interactions in the VR space. Binaural audio. The ability to interact with solid objects in real time VR. Immersive sensory experiences where object feel different to their appearance. Haptic feedback to allow for touch and sensation. All these and more will push at the boundaries of creativity in this space, while 360 video on YouTube and more lower-level entry points such as Google Cardboard will open doors of exposure to the form.

99.9% of people you show a good VR film to will be blown away and think that they have seen the future of film-viewing. Quite how it manifests and embeds beyond the initial novelty remains to be seen. At MPC, both in motion picture and advertising, we’re hugely excited to help shape and explore the landscape of what this future looks like, all 360 degrees of it.

After all, if you are going to take the plunge into the murky waters, you are already committing yourself to a full immersive experience, so best to dive in headfirst.