New ad campaign is slated to break in April 2016 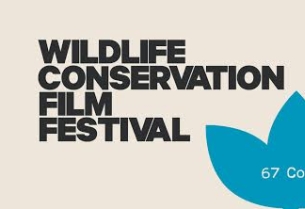 Wildlife Conservation Film Festival has announced that DDB New York will serve as its pro bono agency of record, effective immediately. WCFF is an organization that creates public awareness programs that inform, engage and inspire audiences about the need for and importance of global biodiversity protection. In this new agency relationship, DDB New York will be responsible for WCFF’s creative campaigns to increase understanding of WCFF as an organization, as well as encourage attendance to WCFF’s flagship event in New York City, October 2016.

“WCFF is excited and honored to work with DDB New York,” said WCFF Founder and Chief Executive Officer Christopher Gervais. “This partnership will give the WCFF increased exposure and attract a larger audience.”

WCFF’s premiere event features the finest independent films from around the world, which cover topics across natural history and conservation of biodiversity. In addition, the organization promotes programs throughout the year that contribute to the protection of biodiversity and sustainability to facilitate the realizations of inspiration as committed  action to ensure that biodiversity will be permanently protected on a global scale.

“The work that Christopher has been doing with WCFF is so important and we are humbled by the opportunity to help WCFF expand and reach bigger audiences,” said Icaro Doria, Chief Creative Officer of DDB New York.

DDB New York launched its partnership this month with WCFF’s rebranding, including a new logo, as well as social presence. The next ad campaign is slated to break in April 2016 and is focused on raising awareness of deforestation’s impact on endangered species and  on promoting wildlife procreation.