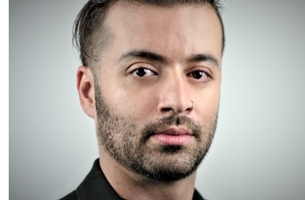 After accomplishing projects in several cities around the world such as Istanbul, Amsterdam, London, Lisbon, Lima  and Madrid, Brazil's, Tiago Ribeiro, also known as Tito, has just arrived to Montevideo to start his new position of Head of Social Media  at Wild-Fi agency. The company has operations in Puerto Rico, Panama, Chile, Paraguay and Argentina and belongs to the group The Electric Factory.

Before arriving to Uruguay, Tito had worked at  J. Walter Thompson and Y&R in Peru, in addition to teaching social networking at Miami Ad School. He has also developed global research projects related to the study of Big Data and Artificial Intelligence.

Fourteen years of experience in advertising, he has acquired extensive knowledge in strategic planning as well as in the creative process. In 2010, he created @agencybrazil, a start-up oriented to the digital trend and new media. As a result, he was invited to be a consultant to ZOOPPA (USA), one of the biggest crowd-sourcing advertising companies in the world, which allowed him to work with important global projects such as Diesel, Axe and Coca-Cola.

Before leaving Brazil, Tito had worked at the main agencies of the country  such as Ag2 Publicis Modem, SapientNitro, and Pong Dynasty (Flag. The Creative Disruption Network). At the end of 2014, he served as CCO - Chief Culture Officer, at Lampada.ag, working with important brands such as WPP, Facebook Brazil, LG and Peugeot. Tito also worked in companies like TVC-Taterka with brands like McDonald's