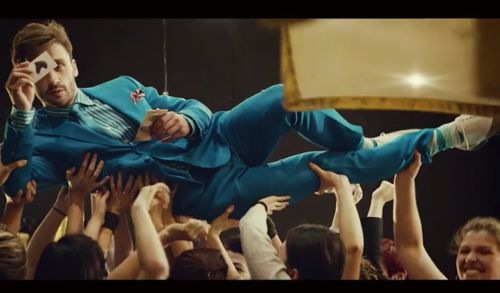 Heineken has today unveiled its latest global campaign, ‘Cities of the World’, aimed to inspire men to live worldly, new adventures by unlocking the secrets of their cities. The fully integrated campaign includes a 2 minute TVC, on-line activation and special edition Heineken bottles.

The latest TVC, ‘The City’, is the seventh film in ‘The Legends’ series featuring Men of the World who are pushed to discover heir limits and go beyond them. Created by Heineken, in partnership with Wieden + Kennedy Amsterdam, its main character embarks on an adventure by following a set of business cards lost by a beautiful woman, Eve, with each card uncovering surprising and hidden venues in his city. The TVC is a reminder to Men of the World that every great city offers an endless adventure within its sky-scraping towers and neon lit streets. It reinforces the notion that men should never stop exploring their own urban backyard.

To celebrate the launch, Heineken has produced a set of specially designed bottles, each with one of six global cities printed on it; New York, Shanghai, Berlin, Amsterdam, London & Rio de Janeiro. Special edition bottles will be available globally.

“Men of the World want to make the most out of their time in the city, because they know life only gives them one shot. So they  really live their city by seeking out new experiences and adventures and they have an underlying fear of missing out on the best ones (FOMO),” said Gianluca Di Tondo, Senior Brand Director Global Heineken Brand. “Heineken is always looking for innovative ways to interact with our Men of the World. Knowing that they fear missing out, Heineken is there to help by giving them the inspiration they need to become legends in their city.”

“Our Men of the World know the usual hotspots in their cities, and they are hungry for new experiences,” continued Gianluca Di Tondo. “The ‘Cities of the World’ campaign aims to inspire and motivate them to get out of their comfort zones, to embrace the unusual and embark on worldly adventures in their own cities.” May 12th marks the global launch of ‘The City’ TVC and ‘Cities of the World’ campaign with local activations to follow in more than 100 countries, beginning with the USA.