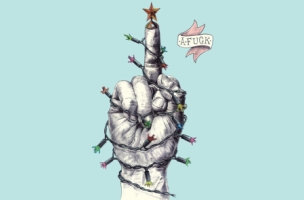 We at LBB aren’t ones to cower from the odd expletive - and that’s just one of the reasons that Wieden+Kennedy Amsterdam’s ‘Give A Fuck’ has been one of our favourite initiatives this Christmas. The agency has enlisted over 60 artists to produce artwork based on a very simple brief: ‘A Fuck’. The artwork is now listed in a dedicated online shop, giving those that buy it an opportunity to show someone this Christmas that they really do give a f*ck about them this Christmas. What’s more, all proceeds are being put towards helping the refugee crisis. A further f*ck given. LBB’s Addison Capper chatted with Wieden+Kennedy Amsterdam Interactive Producer Matthew Ravenhall to find out more.

LBB> Where did the idea for Give A Fuck first come from? Was it a bit of a lightbulb moment for someone or was it always part of your Christmas plans?

MR> It was a light bulb moment that stemmed from the meme "Look At All The Fucks I Give". Which bred the notion, what if I could 'give a fuck'? Creating a physical representation of that word (however interpreted) would mean we could do just that - give someone a fuck. 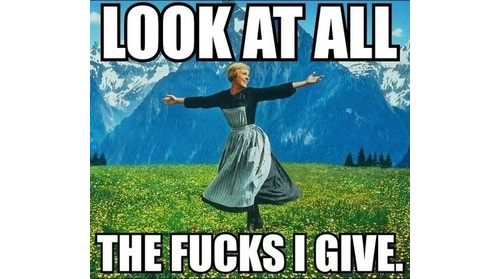 LBB> This Christmas has been flooded with charity initiatives - from brands and agencies. That’s no bad thing, obviously, but it can be a task to stand out from the crowd. Did that play any role in your thinking?

MR> The idea wasn’t to just do something for this Christmas, but something that can live on and continue to make a difference at any time of the year. That’s what we’ve created with Give A Fuck – a charitable platform. The ambition is much bigger than your standard agency Christmas initiative. This won’t be the last you see of Give A Fuck.

LBB> What about the submitted artworks has particularly surprised you and why?

MR> We had over 60 artists get on board and since launch even more artists have come forward to offer contributions - which is overwhelmingly positive. We were more surprised by the sheer number and quality of submissions than any one in particular.

LBB> How did the artists react to what, at first glance, sounds like an expletive brief?

MR> ‘Fuck' is such a ubiquitous word used to express so many things so it lends itself to provocative ideas. We kept the brief simple to allow for creative interpretation; asking only that each artist include the words ‘A FUCK' or express them in some way, and for them to keep their pieces more risqué rather than anything right out risky, rude or vulgar.

LBB> What has reaction been like from the public?

MR> It's a provocative project based on a provocative word, but the reaction has been super positive and we've already raised over €6,000.

LBB> You might not want to pick favourites, but if you could only own one ‘A Fuck’, which would it be and why?

MR> They're priced so you don't have to pick just one - and I couldn't! The 'one of a kind' collection has amazing work in it and if you want your own unique 'A Fuck' that's the best place to do it.

MR> The shop is still open so there's still time to buy! (the shop will close on December 23rd, or until stocks last).