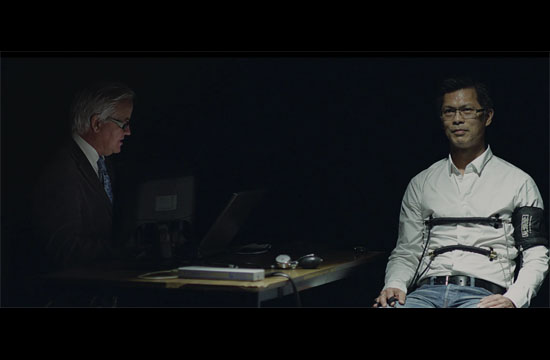 Whybin\TBWA New Zealand is seeking the truth from the ad industry in its latest ‘Results Don’t Lie’ campaign for the 2013 CAANZ Effie Awards.

The agency’s new ‘call for entries’ campaign is a reminder of what the Effies stands for. In contrast to so many international creative award show entries that exaggerate the outcome and embellish the truth, the Effies deals in good old-fashioned results.

The campaign centres around a series of engaging, often humorous, films featuring prominent industry personalities – many of them creative leaders – including Colenso BBDO’s ECD Steve Cochran and Draft FCB’s Asia Pacific Regional ECD James Mok. The films will be released online in the lead up to awards night with the aim of generating entries and building anticipation.

Eight high profile subjects in all were game enough to be asked the tough questions, by undertaking an authentic polygraph test, conducted by a professional Australian polygraph examiner. Viewers will be surprised by their answers. But perhaps not by the results of the polygraph tests themselves!

“Blame it on the increased importance of the two minute awards video. Blame it on scam ads. Blame it on the myriad categories at Cannes,” says Toby Talbot, Chief Creative Officer at Whybin\TBWA New Zealand. “Whatever the reason, hype and puffery has crept into so many creative award entries that the truth can become a little, how can I put it, distorted at times. The Effies, in contrast, is impervious to hyperbole because it relies so much on hard facts, data and concrete results. And results, as they say, don’t lie.”

The first installment of films is available to view from today at www.resultsdontlie.co.nz. For those wanting to prove their own innocence, the website also features an online polygraph test which uses voice stress analysis software to scrutinise answers. Bespoke posters featuring results can be printed following the completion of the test, for those who are game to parade their innocence (or otherwise).

Paul Head, CEO of CAANZ, says that the theme of interrogation aligns nicely with the judging process. “The Effie is about interrogating our work to get a sense of what has been genuinely effective. The learnings that result make our industry stronger, more successful and prove our value to clients.”

“Recognition of creative excellence will always be prone to personal opinion, cultural differences, politics, fashion trends and hyperbole. With effectiveness it’s less subjective because you can’t hide from results – as this year’s Effie theme states,” he adds.

To top it off, the ‘Results Don't Lie’ concept will be brought to life on awards night with the return of the Australian polygraph examiner used in the creation of the campaign. Some high profile New Zealand advertising names will be tested live on stage for all to see. Industry blogs will be used in the coming weeks to crowd source the questions, which will be asked on the night.