Summer campaign launches with a foray into the fantastical 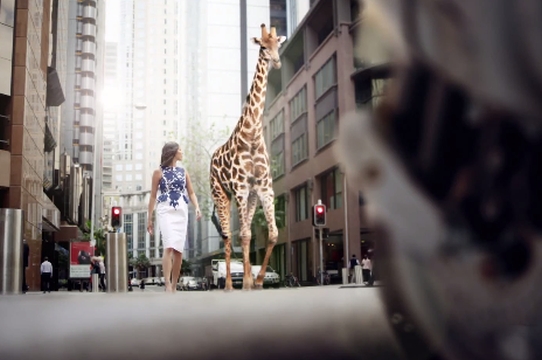 Whybin\TBWA Sydney is pleased to announce the release of its campaign to support the launch of the David Jones Spring/Summer 2014 season. The integrated campaign centres around the concept of ‘Exploration’.

The campaign stretches across a range of media: catalogues, a print, digital and outdoor advertising campaign, a short film and TVC, and a suite of social media initiatives to drive consumer engagement.

The short film and TVC were shot by director Jeffrey Darling and include a music track by UK band Little Barrie titled ‘Surf Hell’. Jeffrey Darling, one of the world’s most sought after commercial directors, has previously worked with brands including LVMH, Qantas and American Express. For David Jones he has created a playful and fantastical journey through forests, beaches, museums and cityscapes. The David Jones brand ambassadors Jessica Gomes and Montana Cox feature throughout.

The stills for the campaign were shot by revered fashion and landscape photographer Derek Henderson, against a diverse range of travel-related backgrounds from hot air balloons to sail boats, from wild horses to muscle cars.

The launch of the campaign coincides with David Jones launching a dedicated YouTube channel which is where the film can be viewed and a content environment on its website ‘Style HQ’. David Jones is committed to creating compelling content about fashion, beauty, homewares and food as part of its omni-channel retail offering accessible to customers anywhere, any time.

Paul Bradbury, CEO of Whybin\TBWA Sydney, says: "This season David Jones is once again inviting its customers to lead an extraordinary life, this time through the spirit of adventure. Our communication pack is built on the theme of exploration and curiosity. This Spring and Summer we want people to explore not only what David Jones has to offer in-store and online, but also their own personal brand of style."

The new season collections will be unveiled at events on level seven at the David Jones store in Sydney CBD this Wednesday July 30 and Thursday July 31. Attendees at the event will include Australian designers, media, celebrities and VIP customers.