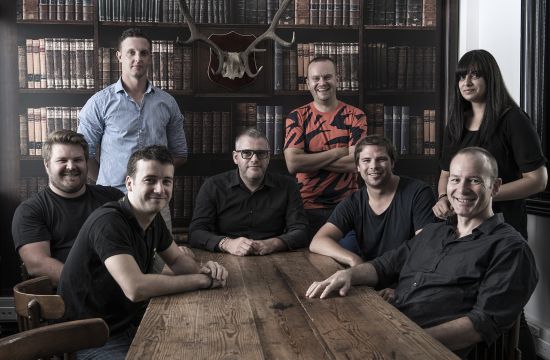 With the appointment of eight hand-picked creative talents, Whybin\TBWA Auckland has re-shaped its creative department into one that the agency feels is truly world-class.

Chief Creative Officer Toby Talbot and Chief Executive Officer Todd McLeay have been looking for many months for the right blend of people and skills.

“The team we’ve recruited is filled with a collection of some of the brightest, freshest thinkers, designers and creative technologists around, says Talbot. “We challenged ourselves last year with the task of reshaping our team into one that would best fit our vision, our clients’ needs and our ambitions as a business for 2014. I’m really excited about where we’ve got to.”

One of the key appointments to the new team is Nathan Cooper who has taken up the reigns as the agency’s new Digital Creative Director.

Cooper, most recently at Saatchi & Saatchi New Zealand, has a global digital pedigree of the highest standard and comes with a bounty of experience. It was in London, New York and Amsterdam working for the likes of Anomaly, R/GA and 180, where he cemented his name as a true global digital heavyweight.

His work has been acknowledged at the highest level, including a Cannes Gold Lion, Webby, Eurobest, Design Museum Designs of the Year Awards Nomination, Social Buzz Award, Global Mobile Awards and many other industry best awards for retail, mobile, design and innovation.

“Whybin\TBWA and TBWA’s Digital Arts Network is a world class integrated offering akin to that of the agencies I’ve worked in across Europe and the US. The team that’s assembled there totally gets the value that kind of joined up thinking can give clients. Being offered the opportunity to be a part of that is an absolute no-brainer,” says Cooper.

Phil Kelly (ex PKWY and JWT – New York) says that the decision to join the agency in a newly created Head of Design role was driven by a desire to be part of the agency’s ‘new blood’, vision and goals.

Kelly has over 20 years experience across design, art direction, typography and photography. His work at top agencies in London, New York and Shanghai has been featured in Rolling Stone Magazine as well as recognised at Cannes Lions, the Clio Awards, Obies and won a Gold Pencil at New York’s One Show.

“Whybin\TBWA is doing great things – I’m looking forward to working with the team that Todd and Toby have brought together – the agency is brimming with good people and good brains,” says Kelly.

Andrews, named a ‘Face to Watch’ by Campaign Magazine, has previously worked as Creative Director at Shine (NZ) and Saatchi & Saatchi (London), as well as heading up his own agency in New Zealand. He has won multiple international awards for his multi-disciplinary work.

Huse is a highly talented and strategic creative who joins Whybin\TBWA after a year’s sabbatical. Ex-Colenso BBDO, Saatchi & Saatchi and Sugar (Creative Director), he has 14 years of experience leading a broad range of clients and brands and his work has also been recognised multiple times at Cannes Lions, One Show, D&AD, AWARD and Axis.

Smeta, ex-Draft FCB and DDB, has successfully made the transition from retail to brand art director (her work has picked up local and international awards – Cannes Lions, One Show, AWARD and Axis) and Gui joins Whybin\TBWA from Y&R Dubai, where he was a copywriter, creative technologist and web developer. Gui’s work has also won multiple awards at Cannes Lions and has been honoured multiple times at One Show, D&AD, the Andy’s, New York Festival, London International Awards and Dubai Lynx.

Tom Johnson and Tom Knighton bolster the agency’s creative depth, fresh from Award School where they excelled under the tutelage of TBWA Creative Directors Lisa Fedyszyn and Jonathan McMahon.

Talbot feels that TBWA’s creative department is a perfect blend of youth, experience, passion and energy – the sum total of which promises exciting things for clients now and in the years to come.

McLeay adds, “We’re exactly where we want to be right now – we’ve filled the ranks with the people, tools and passion that will enable us to do amazing things. 2014 is looking pretty good from where we are sitting.”