Why You Shouldn’t Believe The Myths about Shooting in Brazil

Trends and Insight 689 Add to collection

Brazil is truly open for business, as LBB’s Addison Capper finds out… 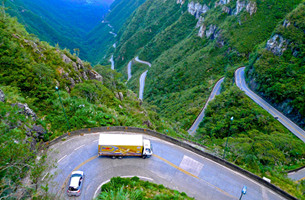 Brazil is a gorgeous country. It boasts some of the most diverse production landscapes in the world. White sandy beaches, imposing mountains, never-ending forests, even beautifully barren deserts. The only thing it is lacking is days and days of snow. And unless you’re shooting a bleak, snow-swept Scandi car spot, that’s really no reason to be complaining, is it?

Despite these seemingly perfect shooting conditions, Brazil’s production community has to fight with an undeserved negative perception of the remunerations and requirements to shoot in the country. Iffy guidelines on the use of foreign directors in the country can make for confusing reading and many outsiders (including myself before catching up with the local production community) can be caught under the impression that it’s a bit of a no-go area for non-Brazilian directors.

But that’s definitely not the case. If a commercial is set to air in Brazil then it is liable to pay Condecine Fees, but if a production takes place for a foreign commercial then they have no effect at all. Organisations like Film Brazil, which launched in 2003, have made it their mission to push international production in Brazil and educate the global advertising market on the realities of shooting there.

“This negative perception has been a big challenge at Film Brazil,” says Film Brazil’s US Consultant and Business Development, Luis Ribeiro. “The biggest misconception is related to the laws and fees associated with commercials that will air in Brazil. If Brazil is used as a location only, and the commercial will never air there, there are no Condecine Fees associated with it.”

Condecine Fees police local commercial production by charging differing amounts when a Brazilian ad is either shot abroad or on Brazilian soil by a foreign director. The approach may seem stern but when compared to other South American countries like Argentina, Venezuela and Ecuador, where local commercials are required to be shot in the respective countries, they’re actually quite flexible.

What’s more, the fees were introduced to Brazil to promote local talent and expand the country’s audiovisual market, a mission that Film Brazil Executive Manager, Marianna Souza, thinks they are succeeding in. “The fees are charged but then returned to the industry and not spent on unrelated things. Prior to them, we never had as high amount of production of feature films, TV shows and all different kinds of audiovisual work.”

Indeed, the fact that the Brazilian government has actively tried to promote local filmmaking and production talent has been broadly welcomed by many people we spoke with. “Brazil is very protective about their production industry, rightly so, and they probably did not do a very good job communicating this,” says Vagabond Films’ Lorenzo Benedick. “The common misconception is that there are extremely high fees when producing content that will be aired in Brazil with a foreign director. The reality is that it costs less than $10k when the production takes place in Brazil.”

Another common misunderstanding of shooting in Brazil is its price compared with its Southern American neighbours. But, thanks to the high-rolling U.S. dollar of late, Brazil has become a lot cheaper to shoot in, and thanks to those reduced costs, big global brands are rolling into town. “SC Johnson is shooting in Brazil more than ever before, as is P&G, McDonald’s and others. We’ve also been discussing Air Wick Global with Droga5 a lot recently,” adds Souza.

However vigorous efforts from the likes of Film Brazil and others to counter misconceptions are already having an impact, according to Stink Sao Paulo MD and EP Cecilia Salguero. “I think people perceive Brazil as being too expensive, which is changing now,” she says, adding that she would also like to see the bureaucracy around shooting in Brazil reduced.

But with a World Cup just gone by and an Olympics around the corner, the opportunities just seem to be growing for Brazil and its production community.  “The Olympics coming up is a very exciting thing in terms of the types of scripts and the scope of the productions that are coming along with that. Also the market is opening up more to working with foreign directors, which makes for more exciting competition,” enthuses Salguero.

“Brazil is open for business. The World Cup was the biggest example of how the Brazilian people love to host visitors,” says Ribeiro. “We are so proud and so happy that foreigners feel welcomed when visiting or working in Brazil. It’s not enough for us that you just bring your business… we want you to taste our food, experience our lifestyle, listen to our music and share a few Caipirinhas with us.”

If that isn’t enough to inspire you to take your next production to Brazil, we’ve rounded up some of the country’s most gorgeous, hidden locations. 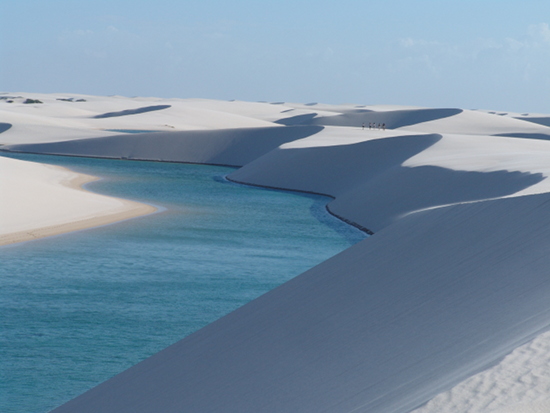 This place is a geographical wonder! Lençóis Maranhenses is a vast national park situated in the Northeast of Brazil. The area is made up of dazzling white sand dunes that stretch as far as the eye can see, although it’s not quite a desert as the park is subject to a rainy season. The rainy season creates a wonderful plethora of green and blue lagoons and this unique phenomenon makes the region the perfect location for either beauty, fashion or car shoots. 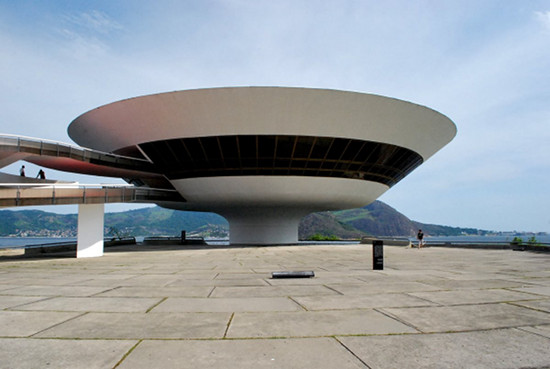 Forget about the usual landmarks like Copacabana beach, Sugarloaf Mountain and Christ the Redeemer, this location is a modern-day hidden treasure! Designed by Oscar Niemeyer, the MAC Niteroi – Niteroi Contemporary Art Musuem – is one Rio de Janeiro’s most distinctive, fresh architectural designs. The cliff-side structure is an unusual alternative for shooting in one of Brazil’s most accessible cities. 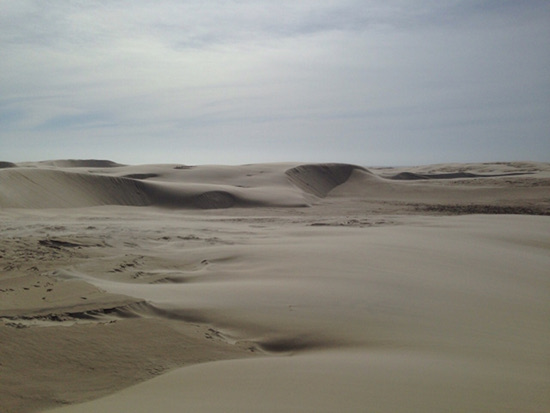 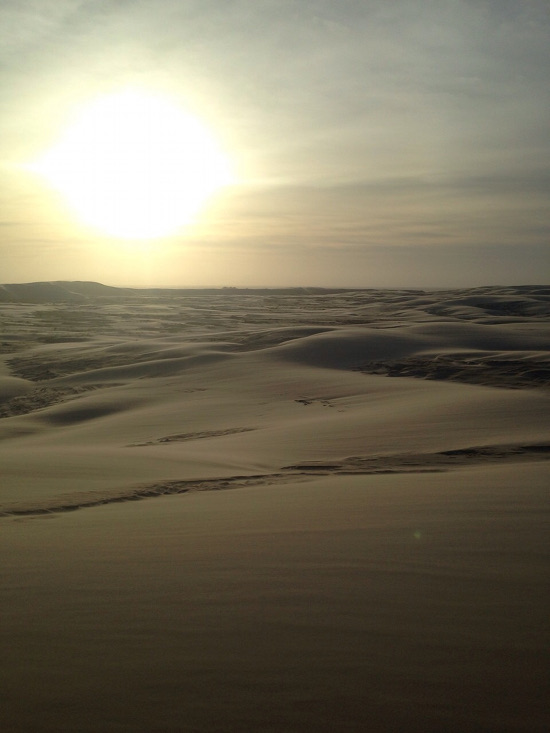 In Brazil we have many nice shooting locations and it depends on what  the film requires. We have since wonderful beaches (that is obvious), but one place that surprised me recently was at the South of Brasil where I shot a “desert" take a look attached - It’s  a beach where you have this look and near there you can shoot in a big city - so many different options in a short distance. This is Brasil. 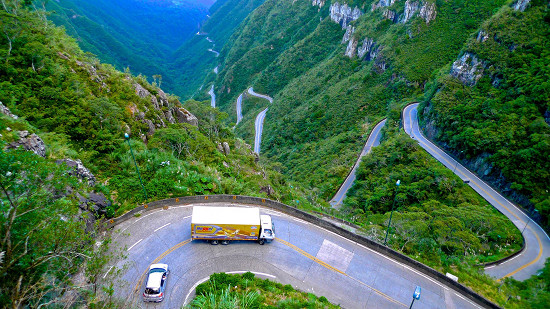 The breath-taking Serra Santa Catarina is a mountainous that can be found in the South of Brazil. With its long, winding roads sprawling for miles through the picturesque forest, the high-altitude region is a wonderful location for a car shoot. It is also one of the coldest points in Brazil! 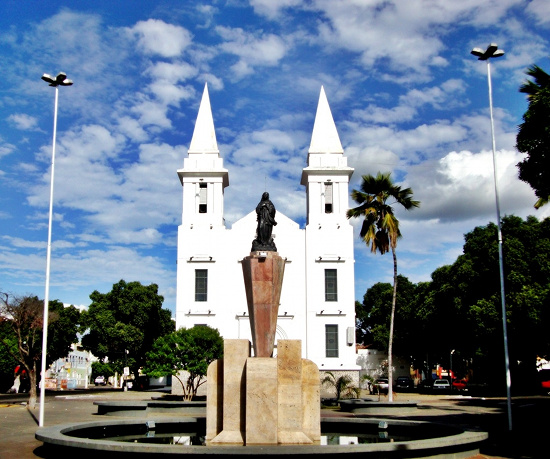 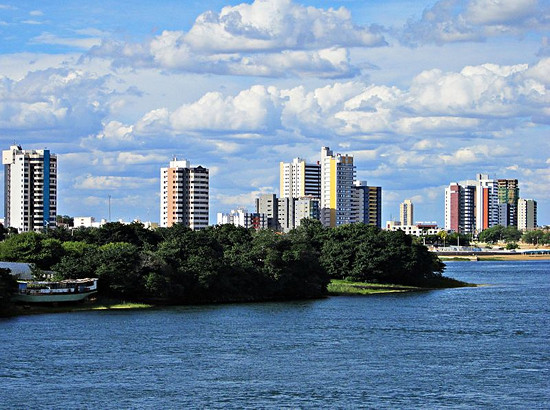 It is a location that combines a variety of exclusive Brazilian vegetation. Juazeiro is a semiarid area, located in Bahia state, and Petrolina, a scrubland territory, in Pernambuco. San Francisco River crosses between the two cities. In one side, nature is predominating - there are islands, caves, waterfalls and canyons. In the other side, a city with infrastructure such as airport, roads, architecture and a rich Southwest Brazilian culture.  A versatile and unique location to shoot in Brazil from advertising to feature films.