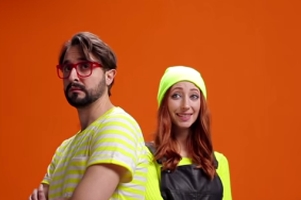 The Cannes Lions International Festival of Creativity has launched a new campaign to promote the Festival, created by McCann London. The multi-media campaign includes national newspapers, trade magazines and digital activity across key markets until the Festival, running 21-27th June.

Surprisingly, the campaign for the world's foremost festival of creative excellence encourages the creatively not so excellent to attend. The humorous press and online campaign, aimed at those in leadership roles, features underperforming members of the creative industry. And makes the uncomfortable yet compelling point that, as a genuine investment in creativity, sending underperforming staff as festival delegates to up-skill is “cheaper than severance”.

Senta Slingerland, Director of Brand Strategy at Cannes Lions, said: “As campaigners for creativity, it’s our aim to celebrate and share great creative that inspires the creative community and its talent to do better and aim higher. We wanted to stress the point that not looking after your talent is a much more expensive exercise than developing it. Investing in creativity will drive your business forward, and coming to Cannes is the perfect way to do that.”

Photographer, Dan Burn-Forti shot both the press campaign and the online videos. Each execution features underperforming staff from a variety of roles in the creative industry.

These include an insight-less strategist, an un-productive creative team, a negative producer, an idea-killing account director, and a non-creatively-minded marketing client.Mike Oughton, Creative Director at McCann London said: "We found that there is a correlation between the number of delegates sent and the number of Cannes Lions won in subsequent years. So, given that the cost of replacing someone is up to 30% of salary, the investment of sending a member of staff for a week of education and inspiration at the Cannes Lions festival is insignificant."

Additional campaign elements include a competition that will offer people the chance to win Cannes Lions delegate passes. The ‘Cannes Confessionals’ competition works by asking for a short video explaining why entrants deserve to be a delegate. However, to win, people will need to say how they are bad at their jobs, not how good they are.

Rob Doubal, CCO and Co-President of McCann London said: “Although our campaign is humorous, it makes a very sensible point. Why should being a Cannes Lions delegate be the preserve of the already excellent? If we really want a more creative world, as we all profess, we should also be encouraging the not-so-excellent performers to be inspired by Cannes Lions”.