Why You Need to Watch P&G’s The Talk

Trends and Insight 286 Add to collection

BBDO NY’s film shows the worries of African-American mothers and is light years ahead of the rest of the industry, writes Laura Swinton 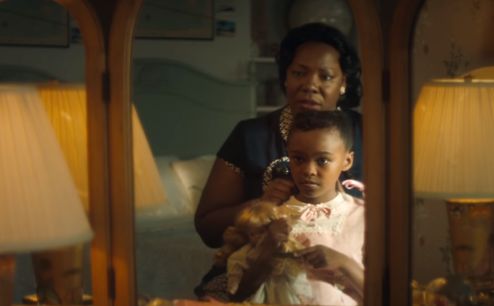 This week, we’ve seen some pretty powerful work come in. BBDO New York and director Malik Vitthal are tackling race issues and the worries of African-American mothers head on in a thoughtful film for P&G. While gender has become an easy win for brands trying to prove their social credentials, race is often side-stepped as too loaded or too complicated (or, I might add cynically, too difficult for an overwhelmingly white industry to get its head round…). Whether it gets it spot on or misses the mark, we can’t say, but in an age where some marketers still try to whitewash their advertising completely its admirable to not only push for greater diversity but actively engage in the challenges that communities face.

As Rosie Arnold pointed out to me in a recent interview, the clumsy co-option of the Black Lives Matters movement into this year’s infamous Pepsi ad has meant that people – creatives, brands, audiences – are more cautious about clumsily wading into ‘issues’ at the risk of coming across as exploitative.

I’m not any kind of expert, but I think P&G and the team at BBDO have done a good job on this. It doesn’t shy away from the grim realities facing African American communities, referring quite openly to the risks facing young black people in the US when stopped by police. It doesn’t present any jarring ‘white saviour’ (a la Kendall Jenner). It feels authentic to the brand – indeed P&G have been actively talking to the Africa-American community for years, trying to listen and connect for well over a decade. Even this film can trace its roots back to the My Black is Beautiful campaign created in 2006 by a group of visionary Black women inside P&G.

In an age of instant outrage and extreme right super trolls, I’m sure brand and agency were braced for a backlash – though I haven’t seen much evidence of one. I think that speaks volumes.

Over the past year or so, with the rise of Trump and Brexit, we’ve heard so much about brands having to ‘take a stance’. But the reality is that these ‘stances’ turn out to be non-partisan, lame platitudes like ‘Be an Individual’, ‘Love Each Other’, ‘Love Yourself’.  But in this case the film takes a meaningful, substantial position. And, yeah, ultimately it’s flogging products, but as a film that’s made with insight and empathy it’s also pretty powerful.