Why Virtual Reality Art Could Be an Industry Gamechanger 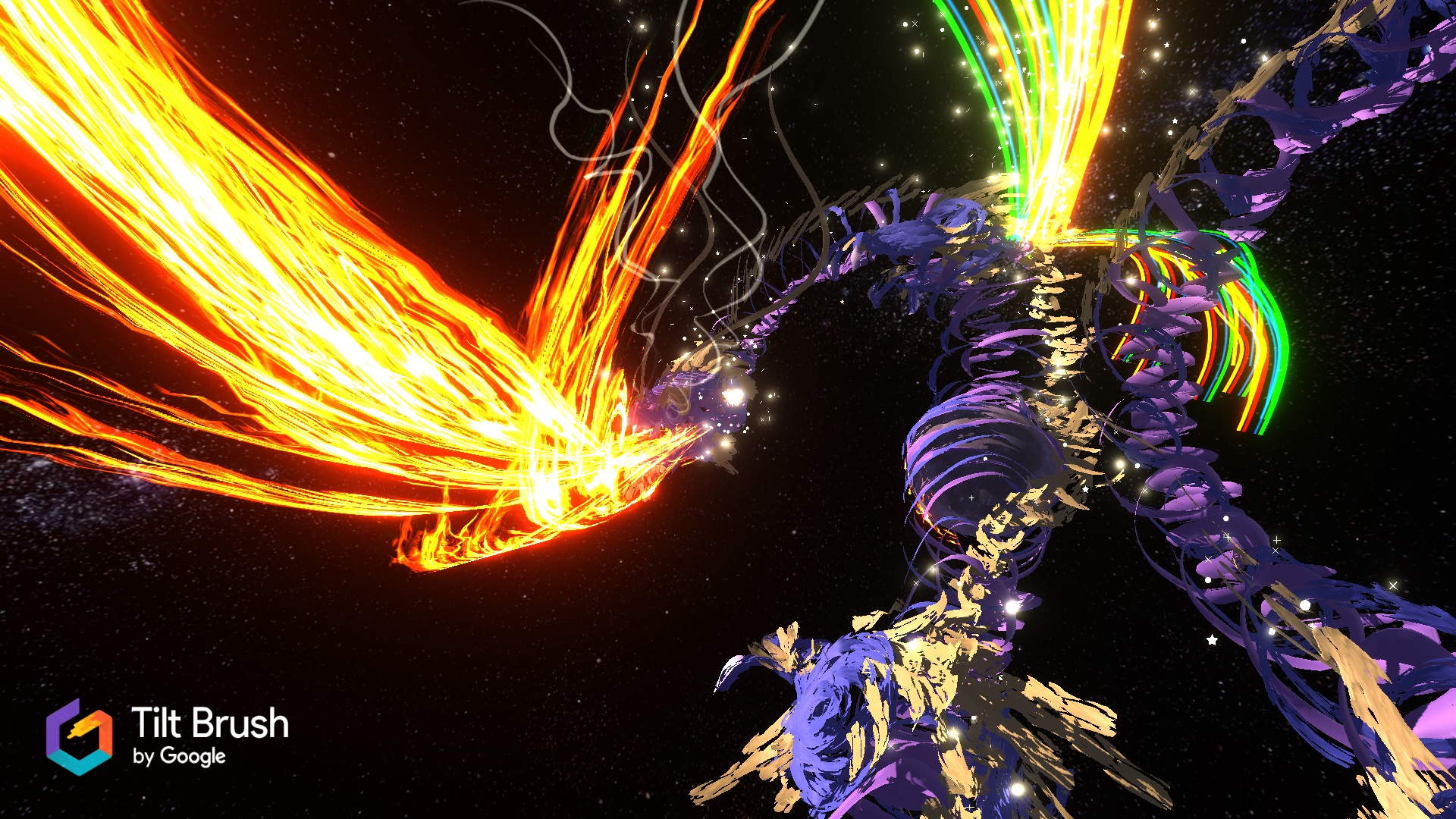 Bought by Google in April 2015, and launched a year later, Tilt Brush has been hailed as the “killer app” of consumer VR technology - the justification for all of the hype surrounding this still-evolving medium. Included for free with pre-orders of every HTC Vive headset, the media have been quick to praise the app that allows users to paint in virtual 3D space. We’ve certainly had a lot of fun with it in the office! The emergence of such a revolutionary app can’t help but provoke questions about the significance of VR on the art world at large.

Studies have shown that the use of virtual or augmented reality in museum and gallery tours has both boosted attendance to exhibits and improved how much people remember from their visits. They have also been used, much like our VR tour of a mansion for Savills, to give people the opportunity to experience something they are unable to physically attend.  Meanwhile, interactive or immersive tours of actual paintings have also become far more prominent over the last few years. You can explore Bosch’s “Garden of Earthly Delights” with just a VR headset, or pull up a chair at Van Gogh’s “Night Cafe” via intricately designed 360 videos.

However, Tilt Brush has now enabled the casual VR user to create immersive 3D art experiences all of their own.

The world’s first Tilt Brush art exhibition took place in San Francisco only two months after Google acquired the app, and since then, “online galleries” have also begun appearing to showcase the best of VR art. Time Magazine recently chose to introduce seven artists to Tilt Brush and film the results, noting that it took each of the painters a while before they realised they didn’t have to paint in their usual two dimensions.

To put that into perspective, if something like this had taken place in the nineties, it would have involved asking Tracey Emin or Damien Hirst to create something mind-blowing on MS Paint.

However, those in the field have also said that it is unlikely that the rise in virtual reality art will have any effect on the art market any time soon. CNN noted digital artists rely less on the traditional gallery system, preferring to concentrate on “new modes of producing and experiencing” their work, rather than relying on tried and tested ways of creating.

Virtual reality art has existed before Tilt Brush was launched, of course, and many enterprising artists are treating VR experiences as they would any other video installation. Some have singled out the Canadian Char Davies for being one of the first to make use of the technology in his 1995 piece “Osmose”. However, Davies, who has been working on a new project which simulates a thousand-acre forest, has been referred to as “less bullish about VR’s art-world push than newer artists” and has suggested some artists may struggle to overcome the inherent biases of the technology.

HTC-Vive’s biggest competitor, the Microsoft-owned Oculus Rift, released a beta version of their art platform a year prior to Tilt Brush. The VRClay app is a 3D modelling app which allows the user to mould objects out of virtual clay, which can then be printed with a 3D printer. This appears to have been replaced more recently with Oculus Medium, seemingly a combination of VRClay and Tilt Brush, with the added bonus of interactive multi-player designing. The app has yet to be released, so it’s currently unclear whether it’s specifically aimed at the art and design market, or whether will be promoted for a more mass-market function. One thing is for sure though: the versatility and creative potential for virtual reality is undeniable.