LBB’s Addison Capper chats with Elizabeth Barrutia, founder/president and CEO of multicultural agency BARÚ, in the wake of US Hispanic Heritage Month 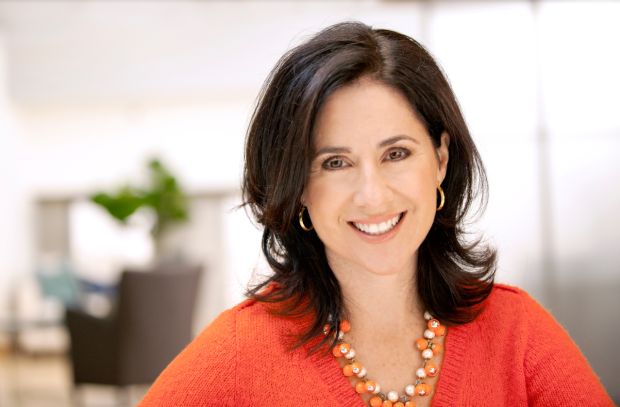 Projections estimate that by 2020 the Hispanic population in the US will hit 70 million, make up 29% of the growth in real income and are expected to add more than $1.3 trillion in buying power. Brands and agencies are unsurprisingly racing to tap into Latin culture - but are they doing enough?

Well, a new report from ANA’s Alliance for Inclusive and Multicultural Marketing (AIMM) says that multicultural consumers are almost 40% of the total population - with US Hispanics representing 18% - yet multicultural media investments aren’t reflecting these realities, comprising only 5.2% of total advertising and marketing revenues.

In another report by Adobe, nearly three in four Whites (74%) believe their race/ethnicity is represented in the ads they are served, compared to 26% of Blacks and only 10% of Hispanic/Latinos who express similar views about ad representation. Companies who ignore diversity and realistic representations of audiences are putting their brands at risk.

Elizabeth Barrutia is the founder, president and CEO of BARÚ, a multicultural agency that specialises in audience-inclusive marketing. She believes that marketers still aren’t investing in multicultural audiences and she wants to change this.

She founded BARÚ in 2007, at a time when, she says, "there weren’t any specialised agencies that truly spoke to this new generation of bi-cultural US Hispanics". In the wake of US Hispanic Heritage Month, which runs from September 15th to October 15th, LBB's Addison Capper caught up with Elizabeth...

LBB> You founded BARU almost 13 years ago - how have marketing trends in the US towards the Hispanic population evolved since then?

Elizabeth> It’s a very exciting time for cultural marketers and consumers.  Today, the US is more racially diverse than ever before. More than 90% of the population growth in the last 10 years came from multicultural Americans. Multicultural audiences are quickly becoming the new majority. From music to food, fashion and even language, multiculturalism has had a profound impact on mainstream US culture. US Hispanics are the engine propelling this change along with Blacks and Asian Americans.  And it’s no secret that cultural shifts shape modern media and advertising.

We have seen a tremendous evolution in the ad agency models, the segmentation schemas and even the departmental structures within organisations that reach multicultural marketers. There is an awakened sense about the importance of cross-cultural marketing and inclusivity.  Now, the accountability is on all marketers and advertisers to reach and connect with audiences authentically.

LBB> And what were the circumstances at that time that pushed you to start the agency?

Elizabeth> Over a decade ago, there weren’t any specialised agencies that truly spoke to this new generation of bi-cultural US Hispanics.  The duality and fluidity of living between both cultures is a reality for our market, it impacts how we speak, interact with friends and even how we consume media. I saw an opportunity to build a cross-cultural agency that truly focused on a new model to reach audiences where they are, regardless of language and rooted predominantly in culture.

LBB> Projections estimate that by 2020 the Hispanic population in the US will hit 70 million - in your opinion, are brands and agencies doing enough to capitalise on their spending power?

Elizabeth> Over the last decade many brands and large general market agencies embraced the notion of ‘total market’ advertising in order to capitalise on the shifting demographics and economic advantages.  This ‘total market’ approach has been a huge detriment to adequately investing in US Hispanic audiences and has created a disconnect in communication strategies.  Many times, they are out of touch with the realities of the market and don’t build the cultural relevance needed to build lasting relationships with consumers. On the other hand, there are brands and agencies who recognise the power and influence of US Hispanics, yet the approach at times can lean on surface level assumptions as opposed to driving from deep insights.

LBB> In a recent study by Adobe, nearly three in four whites (74%) believe their race/ethnicity is represented in the ads they are served, compared to 26% of blacks and only 10% of Hispanic/Latinos who express similar views about ad representation. Why do you think that is?

Elizabeth> Again, it goes back to this notion of the ‘total market approach’ where advertisers have largely bucketed ethnic groups together as a gesture towards inclusivity, however, the representation isn’t based on an authentic cultural reflection. Instead, stereotypes or blanket representation is served in these ads which ultimately leads to disconnect and skepticism of a brand’s intent.

LBB> What do brands and agencies need to do moving forward to better connect with this consumer group?

Elizabeth> Education within the organisation on the importance and power of the multicultural markets is the first step. And of course, the second step is to have diverse and inclusive hiring practices within an organisation at the leadership level. It’s so important to empower a diverse and cross cultural team for both their own professional growth and the business’s growth at large.  There is so much an organisation can glean from a cross-disciplined and diverse team! The last step is to listen to your audience, US Hispanics are demanding more authentic messages, better content and more inclusive representation. A brand that can deliver these things will not only win new consumers, but will have understood the power of this multicultural market.

LBB> What are the biggest mistakes that brands make when it comes to multicultural marketing?

Elizabeth> America is more diverse than ever. Hispanics come from different places, backgrounds and experiences. Couple this with the growth of a bi-racial and mixed-race population and add to that the growing fusion cultural mix that more accurately describes the U.S. in 2019.  This range of diversity can lead to a very complex problem - distilling a message to a central theme that can unify a campaign often times leads to stereotyping.

While I have no doubt that every marketer has the very best intentions, we need to pay close attention to any unconscious biases that we may have so we don’t fall into old tropes.

If marketers are aware of their biases that can lead to stereotypes, they can build campaigns that are more sensitive and nuanced to accurately portray and represent inclusivity in a way that will genuinely resonate with skeptical consumers.

In this tumultuous time, never before has our Hispanic community felt so united. I think that marketers who truly care are making a sincere effort to show they understand the needs of the Hispanic community and the power/pride of identity. The C-suite we have had the pleasure of working with at BARÚ is making sure that their communication strategies convey empathy and support of Hispanics. In such a divisive climate, brands who truly demonstrate sensitivity and cultural acuity will have a much greater chance of breaking through the clutter and connecting emotionally with consumers.

LBB> On top of the Hispanic community, which other groups are there in the US with ample opportunity for brands to speak to on a more personalised level?

Elizabeth> Of course, there is always room to evolve the conversations with any segment on a more personalised level! The Black community is incredibly diverse. Not all black consumers are African American or are they homogenous. They are African, Afro-Hispanic and West Indian.  They are shaped by their surrounding cultural communities, geography, socio-economic factors and more.

This is also true of the Asian American community - to perhaps an even greater extent! Asian-Americans are diverse, spanning the languages and cultural traditions of more than 40 different ethnicities. In the last few years their representation in entertainment and Hollywood has increased significantly. They are the most affluent of all major ethnic groups and lead the US population, on a per household basis for expenditures and usage, in a number of consumer categories. To effectively reach this burgeoning demographic they cannot be generalized as a homogenous unit.

LBB> Do you see any countries outside of the US with possibilities around multicultural marketing? The world is becoming a much smaller place...!

Elizabeth> Yes, the world is becoming much smaller space especially considering that there is no longer a great digital divide or even content borders.  Yet tensions around immigration and ethnic segmentation continue to escalate in many countries.  Our political climate here in the U.S. is not dissimilar to what the U.K. is experiencing with Brexit, or even France’s take on immigration policy. In any country that has had a high influx of immigration and composition of mixed races, there is opportunity for nuanced and culturally relevant marketing solutions.

LBB> Can you give some examples of recent, successful campaigns in this space?

Elizabeth> Within the US Hispanic landscape, I’m really impressed with El Pollo Loco’s local Los Angeles campaign that just launched in support of Hispanic Heritage Month.  The QSR brand is restoring a series of lost murals as part of its ongoing commitment to give back to the cities that moulded and influenced the brand. In partnership with Snapchat, consumers can scan a code to digitally see what the mural originally looked like in all its splendor. It’s a nice twist using modern technology to amplify culturally rich murals that had been long forgotten.

Also paying homage to their surrounding communities, El Pollo Loco is donating the walls of it’s store fronts as canvases for new murals, in order to preserve the street art culture. The brand has done a nice job of finding a relevant and nuanced way to bring pride to the forefront and modernize history.