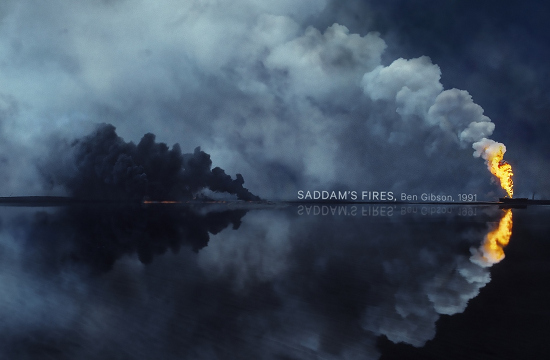 A selection of the UK’s best independent film directors have been given unprecedented access to 229 years of archive material to create a series of films celebrating the historical and cultural impact of The Times and The Sunday Times.

The collection of films, called The Unquiet Film Series, is the first time The Times (est. 1785) and The Sunday Times (est. 1822) have committed their stories to film and explore the values, beliefs and behaviours of past and present editors, journalists and readers.

The first four films – Power of Words, Question Everything, Photojournalism and Times New Roman – are released today for free online at ForeverUnquiet.co.uk. The remaining films will be released over the next few months.

Nick Stringer, from News UK, comments: “Great journalism can take up a cause, drive change and influence an effect. The Times and The Sunday Times have always strived to be an agent of change and their restless journalism has led to the telling of some of the most important stories in history. This series of films, crafted by some of the very best filmmakers and producers, are a demonstration of the values that have always underpinned our titles and shape what they are today. We hope they serve to surprise, entertain and leave people wanting more.”

Phil Lind, creative director of The Unquiet Film Series, comments: “Some of the best independent directors were given unique access to The Times and The Sunday Times and an open brief to try and capture the essence of the titles in film. The results are as varied in scope and style as they are in time and geography, but when you put them together as a series, a common theme emerges – a drive to tell stories with substance. A virtue that is as relevant today as it has ever been.”

Dave Monk, deputy ECD at Grey London advertising agency and joint creative director on the film series comments: “The Unquiet Film Series is not an advertising campaign. Collaborating with The Times and The Sunday Times editorial and archive teams has resulted in a piece of legitimate, beautiful content that stands tall in its own right. We hope ForeverUnquiet.co.uk will become a destination in itself, ever-evolving and inspiring the next generation of unquiet minds.”

Grey London’s in-house digital agency GreyPOSSIBLE, and How Splendid created ForeverUnquiet.co.uk, which will host The Unquiet Film Series and additional content including director cuts, biographies, behind-the-scenes footage, interviews, articles, photos and archive material, all free-to-access. Media is through MSix, strategy through Grey London and PR through The Academy.

From Channel 4 director Liz Unna: This film is all about words, the building block of every story. Three very distinguished and divergent Times writers - Caitlin Moran, Ben Macintyre and Matthew Parris - allow us into their homes, into the spaces they write in, and talk to us about their love of words. In hearing their relationship with words, we also are digging around in what words means to The Times, considered to be the most literary and literate of papers.

From BAFTA-winning filmmaker Will Clark: We now live in a world where more often than not, only the surface facts of a story are reported. Real investigative journalism seems to be a dying art and I feel this is something we should all be deeply concerned about. I wanted to create a film that focused on two Sunday Times journalists whose pursuit for the truth turned into an obsession. From Lance Armstrong’s doping revelations to Andrew Wakefield’s fraudulent MMR claims, both were lengthy investigations that were published at risk by the newspaper. Both investigations also managed to reveal large scandals that would most likely have remained hidden were it not for the perseverance and tenacity of the journalists covering the stories. I'm sure every reporter has secretly wished for his or her very own All The President’s Men moment. This is the tale of two journalists who got their wish.

From EMMY-winning director Simon George: For me, The Sunday Times photojournalism intravenously defines how we view our world - foreign conflicts, governmental catastrophes and scientific wonders. Its unflinching and genre-defining photographs offer insights into subjects both compelling and alien to us. It allows us to witness the most inspiring and most tragic facets of humanity. I wanted to make a truly ground-breaking film that not only showcased a number of these incredible images but one that would put the viewer right there with the photographer when these shots were taken. I wanted the viewer to be next to the president during the assassination attempt on Ronald Regan; to watch the heart beat in the operating theatre during the first photographed heart transplant; to be isolated in the chaos of civil unrest with an embracing couple in Taksim Square in Turkey and to be on the moon, floating with Armstrong and Aldrin. By creating invisible 3D geometry and ‘projecting’ the images on these environments in the film, we impossibly move through each photograph as they animate in extreme slow motion, allowing us to inhabit that split second in time. Using additional CGI layers, we have further enhanced each image, allowing the viewer to become embraced by the detritus within it - whether this is dust from the moon’s surface, dust clouds from explosions or paparazzi flashbulbs. We experience what the photographer experienced whilst capturing these incredible moments in time. Beautiful embedded text also animates within each image informing us of the background of each incredible image. The effect, I hope, is a powerful, thought-provoking and beautiful film.

From identity designer and filmmaker Steven Qua: I like Times New Roman. I like fonts that are simple, I don't like fonts that take over, I don't want another designers’ ideas sneaking into my stuff. I like fonts that are neutral, that allow themselves to be interpreted in many different ways. A font that can be treated differently and be given personality through the design that surrounds it. After many years of working in design for television I've not had much chance to use Times New Roman. As a general rule it’s San-Serif for on screen work and Serif for print. Times is a serif font, and I don't work in print. I wanted to know what other designers thought of Times New Roman, and speak to those who do get a chance to use it in their work.

Check out all four films at: http://www.thetimes.co.uk/unquiet/