Why the Next Billion Consumers Are Online

Microsoft's Andy Hart on the online explosion in emerging markets 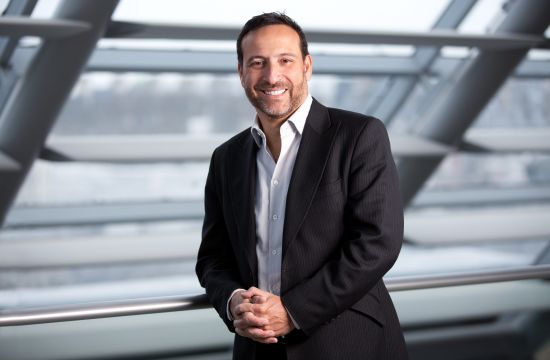 You can see it everywhere. From billboards to news headlines, from international politics to the world of business – the global socio-economic shift is a well-established reality. For the first time, people in developed and emerging markets are embracing digital opportunity at the same time. And it impacts all of us.

The shift in the balance of power between nations is something the more developed nations are still getting used to – while emerging markets are welcoming the new opportunities. And who can blame them. After being the underdogs of the political, economic and cultural agenda for decades, even centuries, emerging nations – from the BRICs to the MINTs – now have a bigger say in the world arena and the lion’s share of global economic growth. To prove my point, the IMF estimates emerging markets will grow by 4.5-5 percent in 2014, while Europe will still be licking its wounds from the recession with an overall growth figure of one percent. And despite estimates of the doom and gloom about to hit the Chinese economy, this market is still expected to grow by over seven percent this year.

So what do these figures mean for people living in these countries? Well, since the recession began in Europe, disposable income has decreased 3.8 percent for British households according to The Guardian, while figures released by the National Bureau of Statistics of China show that the average disposable income in China increased by 8.1 percent in real terms last year.

It is becoming increasingly clear that the majority of the world’s next billion consumers will come from emerging markets, creating a new global middle class that will grow to nearly five billion people and spend 55 trillion US dollars by 2030. By 2025, for the first time in world history, there will be more people in the middle class than living in poverty, as forecasted by Bain & Company.

But yet another development is balancing the power divide between nations – and it is all about knowledge. While the rapid development of technology initially brought connectivity, information and possibilities only to people in the developed world, this is now changing –and changing fast. For instance, figures from Pingdom show that Asia saw a relative growth of 622 percent in Internet penetration between 2000 and 2010 – and now has over 825 million Internet users compared to just 114.3 million in 2000.

The transformation into a world of devices connected to online services is well underway, and for the first time it is coming to people across developed and emerging markets at the same time. This shift in peoples’ relationship with devices is rapidly shaping the future of the technology industry in dramatic, disruptive and exciting ways.

These two developments in emerging markets – increase in disposable income and access to technology – also have colossal implications to the advertising industry. For the first time, many online and technology trends are simultaneously taking hold in mature and emerging markets. These trends will have a significant impact on the digital advertising landscape, as brands consider how best to connect with consumers spanning a wide range of demographics, geographies and cultures.

These changes in online behaviour were examined in the Digital Trends Study, research conducted by Microsoft in partnership with IPG Mediabrands, covering over 8,000 people across the UK, USA, China, Brazil, Sweden and Czech Republic. One of the eight trends identified, Creator Culture, explores how people today are experimenting with technology, mashing up online services and learning to code in their spare time. Interestingly, 62 percent of the Chinese respondents are already engaged with this trend, compared to the figure of 21 percent of the US respondents. This disparity between the two nations clearly demonstrates the drastic differences between regions, and the level of agility expected from the global advertiser.

Now here’s the catch. How to reach this increasingly diverse audience, with different aspirations, interests, traditions, religions? Working with agencies and advertisers in emerging economies presents a unique set of challenges that include language barriers, cultural differences, alternating levels of maturity of media markets and small budgets, to name a few.

One of the trends identified in the study, Niche Networks, echoes this need for advertisers and brands to diversify, as consumers look for more personal and local experiences online. The one-stop-shop experiences are being supplemented with personalised services that offer the quality experiences consumers crave. There will be more closed private networks and brands will have to work harder demonstrate their local relevance and credibility.

The next billion is coming: they will be using the latest technology and they will be native to the internet of people, places and things. They will be more open to value exchange and will want to build trusted relationships with brands that can define their social status. Not only will these consumers dominate the marketplace, they will change perceptions of what it means to be middle class. The era of the next billion starts now, so get ready.