Trends and Insight 282 Add to collection 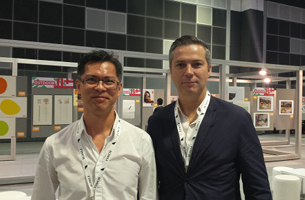 China, according to FCB Greater China’s Edward Bell, is at an interesting point in its creative evolution. In the past two decades, explosive economic growth, an expanding middle class and hungry entrepreneurs have created a heady mix of opportunity and easy pickings for ambitious brands. But with the country’s GDP projected to settle at a more average figure in the next five years and the market reaching near-saturation, marketers and advertisers in China are faced with new – and exciting – challenges.

“The big picture of what’s happening in China is that over the last ten years that I’ve been there, it’s been quite easy for companies to make money because all you had to do was roll out new stores, if you were a retail brand. By reaching new markets, you get a bigger reach mass and more revenue. But now most brands and companies are in most of the areas that they need to be in. Now it’s the end of the easy money, it’s getting hard. Now it’s more like marketing in the West – you have to excite people, persuade them to switch brands or trade up,” he explains.

But while that means a lot more hard work for brands, it also means that creativity is increasingly at a premium – and for advertising agencies and production companies that’s got to be a good thing.

“I think in the past a lot of clients in China paid lip service to creativity and the strategy was to buy a lot of media or get a star on board. In the past all of the intangible things weren’t paid attention to, they were hard to evaluate when there was so much easy money. Who was to say if you spent double the money on production craft you’d get double the result? You can see now that local brands in China are paying a lot more attention to production, using really good directors, often international directors,” says Edward. “If you look at some of the local fashion brands, the photography and the models they used were quite bad but now they’re shot quite nicely. I think a lot of things are changing.”

What’s more, mainland China is benefiting from the experiences of Taiwan, a more developed market that’s already experienced economic growth and the increased appetite for creativity that occurs when that growth plateaus. Taiwan is, says Edward, the home to many emotionally expressive storytellers (the most obvious example might be director Ang Lee). These days it’s not uncommon for agencies on the mainland to hire Taiwanese copywriters, whose classically-tinged writing style is said to be like ‘honey in the ears’.

Digital is a huge part of China’s creative revolution too. While the scale of TV might seem to be the obvious way to reach China’s massive population, smart digital and innovative leveraging of the country’s homegrown platforms to communicate with 1.3 billion people in a more intimate way.

“If you do television in China, the kind of money you need to spend is huge, it’s become like America. And that’s quite a big hurdle to overcome and it forces quite a commitment to digital,” says FCB Asia Pacific ECD James Mok. “Most TV advertising in China doesn’t have to be that good, it just interrupts you. There’s an enormous efficiency in television – you know the audience is there even if they’re multi-screening. But with digital you can really analyse who is being exposed to your message, even if it’s smaller numbers. It’s really challenging the way marketing works.”

That digital growth has seen the rise of a local start-up culture and for bigger, more established agencies the key is to collaborate with these nimble innovators. And, with the eye-watering public offering of e-retail platform Alibaba ($25 billion and counting…), China’s digital entrepreneurs are enjoying a bit of a confidence boost.

And Edward reckons that Alibaba’s success has deeper implications that reach beyond the world of digital and into the Chinese psyche.

“Ma Yun is a real hero in the whole of China. Unlike a lot of successful people in China who already come from an influential background, he was a schoolteacher. The fact that he was able to become this incredible titan of industry is so inspiring. In China the average person doesn’t come from an influential background. Things are really opening up and it’s great,” he says, citing tennis player Li Na and property tycoon Pan Shiye as other prosperous non-conformists. “It brings up an interesting sociological issue because people like him have kind of gone outside of the system.”

But while people like Ma Yun (or Jack Ma, to use his English name) are at the vanguard, there’s a great deal of variation in local businesses’ marketing sophistication.

“In China there’s quite a gap between the more developed local clients and the less developed local clients,” says Edward. “The less developed clients in the smaller cities can be quite difficult to work with because they’re less clear about what sort of marketing and communications plans, but they’re really clear about the business problem. Often when working with them, the agency become like the agencies of old and act more like consultants. And then you’ve got the more sophisticated clients that have been hiring agency people, they have their own planners and often have creative directors. Working with them they’re far less interested in you coming up with business plans and it can be much more difficult to do that sort of thing because it cuts across so many internal departments and people don’t want to lose control.”

The Chinese market’s current situation is certainly complex – and it requires a more complex, culturally attuned approach to advertising. But work designed to the subtle nuances of the Chinese market – as well as other Asian markets – tends not to play so well on the international awards circuit. It’s an issue that bothers both James and Edward.

“I was talking to one of the Promo jury members this morning, and she was also a judge on Cannes Lions. She really enjoyed the experience of the two, but there’s a much smaller judging panel and a smaller number of entries here and they’re able to spend the time to talk about the work and understand the cultural insights much more. It’s hard for culturally specific work to succeed at Cannes, they go for the big connecting ideas,” says James, who argues that this situation makes regional and local awards more important than ever.

Edward agrees – and says that by failing to embrace and explore the complex cultural context that Chinese advertising operates within, the global industry is losing out too. “Those things don’t get a lot of primacy on the award circuit because cultural insights don’t break new ground in very obvious ways. It’s harder to explain the whole cultural thing to Western juries. Asian work is always underrepresented and I think the media tends to underreport Asian work – and it’s such a missed opportunity because there is so much happening in Asia. Asia is changing from an anthropological point of view but also from a marketing point of view.”

But with the Alibaba boost and the growing hunger for creativity, it looks like the next few years are going to see some interesting work coming out of China. The question is, are we going to take the time to actually understand it?