Although no longer hungover after the drama, ENGINE Sport’s Matthew Fletcher-Jones just can’t stop thinking about the Final and what it means for the sport in the UK 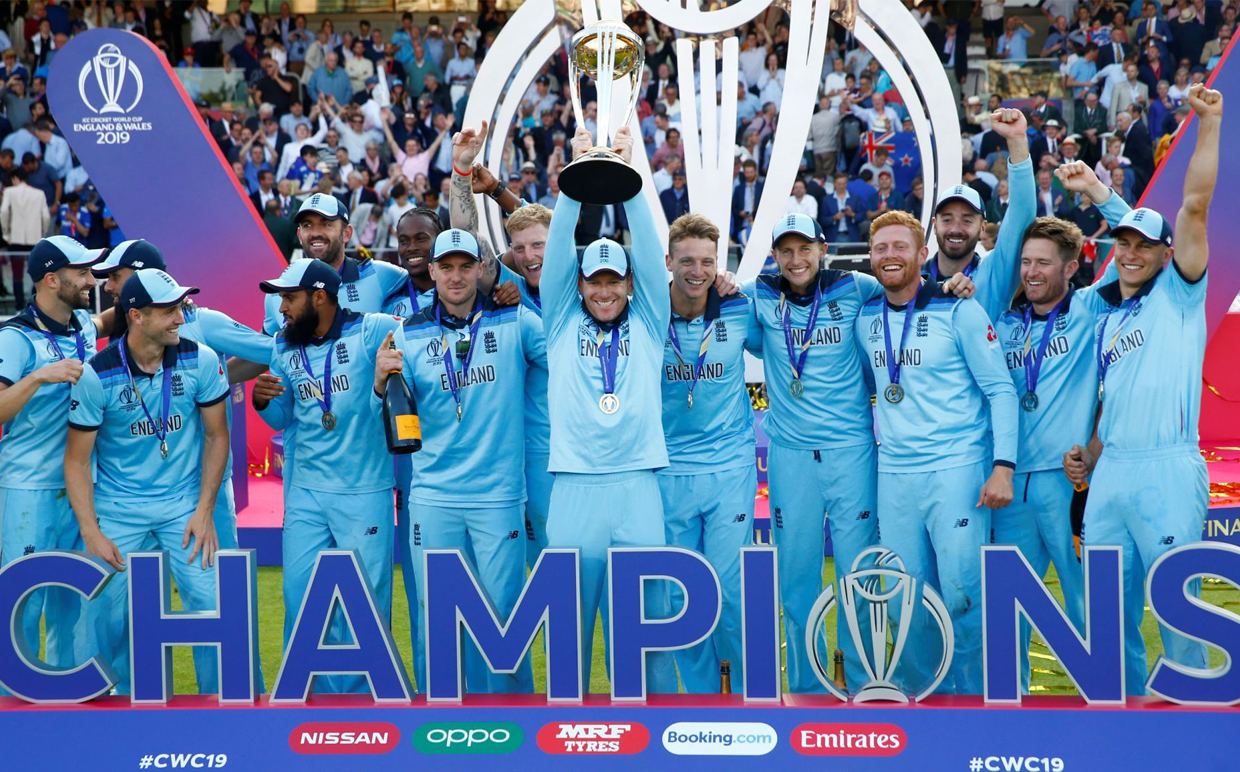 The champagne corks were still being cleared off the Lord’s outfield when the speculation started about whether England’s unforgettable World Cup win would herald a new dawn for English cricket. How can the ECB capitalise on eight million TV viewers and bring the masses back to the sport from Chester-Le-Street to Cardiff?

The answer may already be on its way…

For the home cricket fan, it was a fantastic World Cup, ending with a dramatic first England victory after 40 years of hurt. For the casual follower or Joe Public, the tournament might have felt like it was taking place in another country. No live free-to-air coverage, matches starting at 10.30am on weekdays and little visibility beyond the host cities. That’s not to say that the ticketing programme wasn’t a success and that grounds weren’t packed… even if they were rocking to that bloody cricket bat guitarist.

In light of England’s victory (celebrated with a pitch full of kids, rather than a bus full of booze, as if a nod to the future of the game) and with The Ashes still to come, all of that will be forgotten with attention turning to how the ECB is going to make the most of the moment. For many, the simple answer is to put international cricket back on the BBC or Channel 4, but is that really going to attract anyone new to the sport? Especially at a time when we’re about to watch a series of rain-punctuated five-day matches as part of an historic rivalry dating back to 1882.

What made the World Cup Final such a jaw dropping, is-this-really-happening, nation-unifying moment wasn’t the previous 95 overs on a poor pitch; it was the ‘will they, won’t they?’ run chase of the last five overs, followed by the sheer sporting madness of the Super Over. The country, including those changing channels from Wimbledon, was effectively watching countdown cricket. The type of easy-to-understand, ‘snackable’ cricket which the ECB is putting its weight behind with the start of The Hundred in 2020.

As a Test match-loving traditionalist, I should baulk at the idea of The Hundred – a new quickfire version of cricket taking sandpaper to the traditions of the game like an Aussie slip cordon with a red ball. After Sunday night’s drama, I can’t help thinking that the ECB has got its timing just right. Cricket has caught the imagination of many, and now is not the time to offer them the same old thing.

In the coming months The Hundred will reveal eight new teams and host an NFL-style player draft ahead of next summer’s competition – with the new heroes from this summer no doubt helping drive the buzz. For some, this ‘razzmatazz’ might be off-putting, but think of the Spurs-obsessed eight-year-old wanting to wear a team cap saying ‘London’ rather than Middlesex or Surrey. They’ll be able to go to a 200-ball game on a family ticket without being up past their bedtime or getting soaked by a beer snake.

If The Hundred isn’t for you, it’s not as if you’re going to miss out on your quota of Test, ODI or T20 internationals – they’re not going anywhere. Although you won’t see any of them on free-to-air TV, unlike The Hundred which will be on the BBC.

Maybe terrestrial TV is the answer, after all?

Matthew Fletcher-Jones is director of communications at ENGINE Sport