Why the Changing Industry is Leaving Me Tongue Tied

Trends and Insight 241 Add to collection

Advertising? Production? Post? None of the above? Laura Swinton on the lexical dilemmas facing creative companies 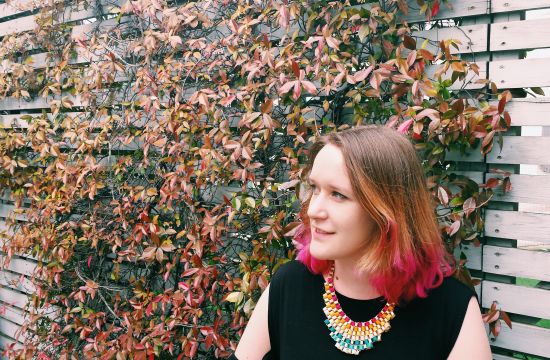 Words. Despite the ever-multiplying number of tools, channels, platforms and gadgets we have at our disposal, words are still the bedrock of the advertising business. But they’re also causing us a bit of trouble at the moment – namely when it comes to talking about what we do. “Ohnonononono, we’re not an advertising agency/production company/post house.” It’s a sentence that we hear on a frequent basis. Well… what are you then? What follows is a tortured string of nouns and adjectives. Good luck trying to explain to Great Auntie Eileen that you run a multi-platform creative optimisation consultancy.
But gentle piss-taking aside, I actually feel for people running businesses in the advertising-creative-design-content-media-strategy complex. Client demands are changing and pressure on marketing budgets have meant agencies and production companies have been forced to shake up their business models, pursue different kinds of prospects, try to inveigle themselves deeper into clients’ inner machinations. How the hell do you describe all that in a way that isn’t pretentious, buzzwordy nonsense?
It’s a quandary that I’ve been noodling around quite a bit recently. For this week’s ‘Post Production and VFX Special’, I wrote a piece which was originally conceived as an exploration of the business side of post in 2016. But what became apparent was that there are a lot of companies out there that don’t like the descriptor ‘post’ – and understandably so. If you’re building vast interactive experiences or directing animation or consulting with Silicon Valley start-ups or devising creative ideas for brands, what exactly is ‘post’ about that? But on the other hand, it’s a convenient word that doesn’t draw attention to itself and a shorthand that we all more or less understand as ‘a-company-that-does-VFX-and-maybe-some-finishing-work-but-also-maybe-some-cool-tech-stuff’.
And post production (yes, yes, I know) isn’t the only industry troubled by these lexical issues. The word ‘advertising’ has been unfashionable with a certain set of young upstarts who are still in denial about what they actually do for a living. FCB’s Susan Credle reckons we’re embarrassed of the word advertising, and that the embarrassment means that the advertising the industry does create isn’t all that great.
There’s a lot to this argument. And we don’t do ourselves any favours with our tendency of tarting up old ideas with supposedly sexy new names (I still don’t get the difference between native advertising and old fashioned advertorial). Plus no one wants to seem like a wanker. But then it’s also true that companies we still keep in the mental box marked ‘advertising agency’ are building things that are in no way, shape or form an ‘advert’.
Old silos and hierarchies are crumbling as creative businesses adapt to the post-2008 reality, ‘creative agencies’ and ‘media agencies’ and ‘production companies’ are nicking business from each other whilst also looking for new ways to make money and differentiate each other. It’s been happening for a while, but it’s only now that people are more comfortable to talk more openly about what they’re doing.
The only problem is that they don’t have the words for it. The new words are painful and clunky. The old words are stale and irrelevant. But, like I said at the beginning, words are the bedrock of the industry. So. You lot. Make my life easier and figure it out, please.
view more - Trends and Insight