Trends and Insight 472 Add to collection 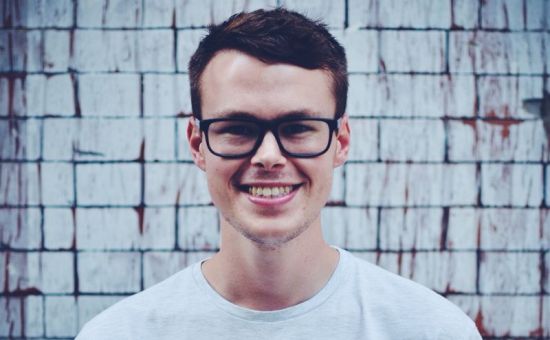 It was the Brit Awards last week. The seemingly squeaky-clean Ed Sheeran partied a tad too hard, Lewis Hamilton tried and failed to crack jokes with Ellie Goulding, Karlie Kloss gave Jimmy Carr the stink-eye and, oh yeah, Madonna fell off a stage. Amid all the awkward action, some awards were given out. Apparently the Brits were not devised as a three hour cringefest – their original purpose was to celebrate the best things about mainstream British music right now.

I can’t say that I really agreed with any award handed out on the night, but one that really niggled me was Best British Video which One Direction picked up for ‘You & I’. Now I’m not saying that it didn’t deserve to win. It features slick direction from long-time 1D collaborator Ben Winston and even slicker post by ENVY that makes it seem like one mammoth take as the band members morph into each other. It’s a clever promo that I really enjoy. (When muted.)

What did baffle me, though, was the fact that the Great British public was tasked with deciding the winner – not production folk that dedicate much of their day-to-day lives to the craft of totally rad music videos, or even the industry professionals that make up the other juries. Instead the wise guys at the Brit Awards whittled down the top 10 British music videos by using the number of views on YouTube and left the judging to an open-for-all Twitter poll.

British Music Video was the only Brit Awards category to be judged by the public. It plays second fiddle to the rest of the awards and was an easy out for social interaction around the event. It just all stinks of laziness. What could and should be a celebratory award has been reduced to an all-out bore battle of ‘who has the most fans?’. And I think a voting process like that does have a place in the show. ‘The People’s Award’ is hardly a new concept. It’s just not really suitable when judging the craft of the music video and it’s insulting to insinuate that it is.

Right now promos offer some of the best creativity in a painfully dull and predictable mainstream music industry (just check out the list of videos below that should have been nominated on merit). They aren’t just part and parcel of the music production process. They offer an insight into a band’s values, personality, traits (a band's brand, if you will). Then there’s the issue of interactive. Interactive music videos are becoming more and more common and prove popular with fans thanks to the kind of communication they can offer with bands.

After years of dwindling budgets, cash is (tentatively) on the up and with it so are the opportunities – and that’s not to say that creativity in promos ever faltered on a shoestring. As with advertising – and life in general – innovation excels during times of hardship and people are generally hungrier to do awesome things. So shouldn’t big money events like the Brit Awards be celebrating the talented crews that create the music industry’s most interesting content? Because right now they’re bitch-slapping the hard work and savvy that they put in.

The British Music Video award could be such a fantastic and important part of the Brit Awards setup. Heck it’d excite me. And quite literally nothing that didn’t involve people falling over did this year.

The Brit Awards has the power to help music video production continue to flourish. They would also help revive their waning cool factor by supporting the most exciting and vibrant slice of British creativity.

I can’t help but think that they’re missing a trick by not getting the production community more involved in the judging process. I’m under no illusion that the sole purpose of the Brits is to reward mainstream music. It’s just labelled all wrong. If a Music Video Award is going to be given then it needs to reflect the best music videos as judged by those in the know – just as any category of any award show is.

Check out our list of six promos that deserved a nomination for Best British Video.

This is no less a cinematic short film than a music video. Incredible work from Somesuch’s Daniel Wolfe.

This stop motion animation from director Ainslie Henderson is an emotional tale of death told via yellow yarn.

Truman & Cooper made this gritty tale of a group of young friend’s summer antics on a tiny budget.

There’s something so grotesque about this that it’s enjoyable. Clever stuff from Ish Sahotay.

Made into the Brits’ official top 10 this year. Deserved to go further. Directed by Remy Cayuela.