Why The Alex From Target Article Won 2014 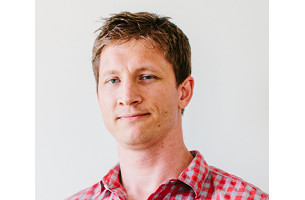 The story of Alex From Target is, at this late date, well known to all but the most committed flip-phone luddites. On November 2nd, an image originally posted on Tumblr of Alex Lee bagging groceries at a Target in Texas began to circulate on Twitter alongside the hashtag #AlexFromTarget. Before long the hashtag was trending worldwide. Alex was, in the words of your Aunt Carolyn, a ‘viral sensation’.

But unlike past viral sensations – from the Keyboard Cat to Kony 2012 – there was really very little digital ‘content’ associated with Alex From Target beyond a few smartphone pictures and a Twitter account. Granted, @acl163 gained a staggering 250,000 new followers within twenty-four hours. But that number represented only a small portion of the total interaction around the story.

The most important form of engagement occurred with the Alex From Target article, the page view optimized content produced by Gawker, Huff Po, and other online media outlets to capitalize on Alex's meteoric rise. The Alex From Target article was prominently posted in your social feed within mere hours of the initial early morning ‘OMG so cute’ tweets, and both amplified and monetized the phenomenon.

The Alex From Target article took the things you loved about Alex From Target (Alex, Target, Twitter) and presented them in an easy-to-follow narrative that you could share with friends and family on your social network of choice – even Yik Yak! The Alex From Target article always adopted a familiar form, beginning with an expression of bemused awe or nervous trepidation about the world we live in today (‘so this is weird and also kind of scary’). This was followed by an AP-style ‘Just the facts, ma'am’ summary of who (Alex), what (trending topic), where (Twitter), when (right now!), and why (teen girls). Third, several paragraphs of context and explanation littered with millennial lingo like ‘bae’ and ‘thirsty’. Finally, a series of commentary quotes from leading academics and YouTube fashionistas.

This cookie-cutter approach to viral content stories is old hat for new media by now. Caity Weaver from Gawker could crank out one of these things in her sleep. And, at a glance, the Alex From Target article didn't seem dissimilar from the Harlem Shake article from 2012 or the Apparently Kid article more recently. But Alex From Target was different because it combined amusing quirkiness (how cute were those waterfall bangs?) with genuine newsworthiness (Target's official response), and thus attracted all the right attention from vertical editors and social audiences alike.

It wasn't just the usual suspects at BuzzFeed (‘#AlexfromTarget Becomes Overnight Internet Sensation’), Mashable (‘Alex From Target' meme turns regular employee into Internet superstar’), and Vice (‘Alex from Target Gives Every Handsome Teenager in America Hope’) covering the story – or more accurately, producing content about the story – it was The Washington Post (‘How ‘Alex from Target’ became an unwitting Internet superstar’), CNN (‘Today's Internet star: Alex from Target’), and even The New York Times (‘Known as ‘Alex From Target,’ Teenage Clerk Rises to Star on Twitter and Talk Shows’). You get the feeling that when Chris Hughes saw the first Alex From Target article in his newsfeed, he instantly understood the future of the New New Republic.

The social supply chain is operating at peak efficiency right now, and the right kind of content can quickly trigger media aggregators to start firing on all cylinders. The takeaway from this phenomenon isn't a series of bullet-point tips for content marketers and social agencies in 2015, but an invitation to pull back outside of the frame and marvel at the magic of the process itself.