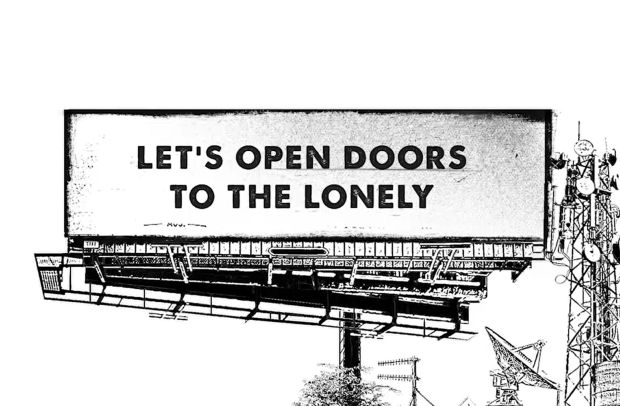 This holiday season, as an alternative to sending corporate greeting cards, TBWA\WorldHealth created interactive calendars that help address the growing crisis of loneliness in the UK and US.

Starting December 1st, TBWA\WorldHealth began opening calendar doors each day to reveal a simple action or gesture anyone can do to reach out to lonely people around them. Staff, clients, and the public were all invited to take part by following the campaign on Instagram, Twitter, and LinkedIn, where the doors will remain open for all to participate at their own pace.

The aim of the TBWA\WorldHealth Opens Doors Initiative is simple: to make the world a little less lonely by suggesting fun and easy actions everyone can do.

On one day, people were asked to smile at five strangers on their way to work. On another, they may find themselves calling an aunt they lost touch with. There’s something for everyone, and people may be surprised to realize that we all know someone who could be lonely - a friend with a newborn, an elderly relative, or a neighbor living alone.

“Loneliness is modern health epidemic,” said Dick Dunford, executive creative director at TBWA\WorldHealth London. “Yet the answer doesn’t lie in a powerful pill, it lies in people. Even the smallest of gestures can make a difference to someone’s day, and that’s the beauty of this initiative - everyone has the power to open a door.”

- Loneliness is often associated with older people, but it can affect individuals of all ages:

Loneliness affects people’s mental, emotional and physical wellbeing and has been linked to a range of health issues, including early death.

True to its vision of making the world a more compassionate, healthy place, TBWA\WorldHealth has teamed up with the Campaign to End Loneliness to raise money and promote their goal. The agency was recently honored with the 2019 Company Humanitarian Award from Healthcare Marketer’s Exchange and is pleased to be able to use this recognition to donate to the campaign.