Why Sync Fees Matter to Artists 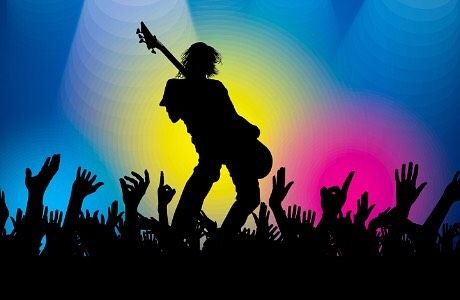 It’s tough! On an average day music supervisors receive 15-20 emails from rights holders highlighting the benefits of their catalogue. Double that for the track that will be perfect for Valentine's, Mother’s Day or your next holiday campaign. One head of TV shared that he is literally inundated with offers to use music, go to showcases or meet with their sync reps to have an audio sharing session.

So why all this selling from the music industry to the ad industry? Because from the time that Napster came on the scene and iTunes promised that their new download platform would stop P2P illegal sharing and now Spotify can satisfy our appetites for as much music as we want, for £9.99 a month, we have a culture that expects music for near to nothing. And contrary to popular belief an artist can’t shop in the supermarket without money no matter how famous they are!

Today one of the first questions that managers of new artists ask when signing with rights holders is, 'Can you get me a sync deal?’ And established artists are no longer shy about agreeing to their music being used to sell product.

Having a record deal is a start but according to a 2018 report by Citigroup, while the industry made $43 billion last year, musicians received just 12%. That includes revenue from CD sales, on-demand streaming, advertisements on YouTube, radio royalties and concert tickets. If you aren’t at Ed Sheeran or Ariana Grande level you have to look elsewhere for your income. But where?

In a world where artists receive income for their recorded works anywhere up to 1-1/2 years after it was earned, the economics of sync deals look very attractive. The licensee is legally required to be paid the full sync fee before the first air date. Performance income is paid every time the ad (or TV show) is broadcast and is a legal requirement. Contrary to popular myth no music is ‘royalty free.’

From the brand’s perspective they are paying for a track that lifts their visual, resonates with their target market, has kudos and emotionally engages from the first chord. Compared to the cost of producing a visual, a sync fee is often less that 10% of the overall budget, working harder and giving more bang for the buck.

From the artist’s perspective sync fees from advertising, film, TV and games means money directly into the pocket and usage and performance fees from the broadcaster. Twenty emails a day? I think that this is just the start.