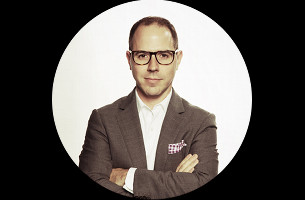 It’s the most wonderful time of the year. Family and friends anticipate with longing the day they all come together under one roof to enjoy the rituals passed down from father to son, mother to daughter. They prepare traditional foods, making plenty to welcome their guests. They spend the season preparing for the day, shopping for treats and foods, finding new recipes and buying brightly colored clothes to wear for the big day. The anticipation builds and after all the planning, cooking and preparing, we gather and bask in the warm glow of our new 82-inch, flat-screen LED TV.

It’s Super Bowl Sunday. The biggest holiday in America that’s neither deity nor state sanctioned. And it’s getting bigger.

The Super Bowl has become a bright focal point in a bleak stretch of calendar that every person – and marketer – in an America hell bent on creating memories for their families can look forward to.

Despite all this, the venerable Super Bowl ad – the once nuclear option in awareness building – isn’t what it used to be. More than 60 ads run during an average broadcast. That means an average of 15 talking dogs, two dozen horses, four dramatically shot American flags, 36 pairs of boobs, four glares from a long-in-the-tooth James Spader in ‘Blacklist’ promos and somewhere between one and 20 kicks to the groin.

Actually, I made up those stats, but I bet I’m not too far off.

Meanwhile, the average human can only remember three to seven chunks of information for longer than a few minutes. No matter the reach earned or the attention paid to these ads, the odds are stacked against brands that their ads will land in a consumer’s heart and create a new behavior… in the meaningful way $4.5 million for 30 seconds justifies.

Any way you cut it, it is hard for a brand to stand out in this spectacle within a spectacle. So as Super Bowl advertising has escalated into an all-out, slapstick-ridden creativity arms race, the ironic outcome is simple. The most memorable campaign – the brand that wins the Super Bowl – won’t be just a TV spot.

Brands, and the agencies that build them, are nothing if not resourceful, crafty and adaptable. They know it’s hard to shock someone or make them laugh at a TV spot when they’re swiping at their iPhone like a hypnotized cat. And they know, in this day and age of ROI-driven marketing, 30 seconds is too quick to spend that kind of coin (not to mention the production cost).

So, like it or not, Super Bowl advertising season is getting longer as brands leak, promo, hack or preview their ads into our daily online and social media pursuits.

Some brands post spots online in advance of the big game to create buzz and try to rack up some first headlines. Not much ingenuity to this strategy and it doesn’t get a brand too far, the odd viral sensation aside (and we all know how easy and predictable it is to create a viral sensation).

Others – like the perennial mainstay Doritos Crash the Super Bowl promo – have actually helped create this idea of a Super Bowl season, giving brands a platform and an excuse to say ‘Super Bowl’ for months. And consumers love them for it.

But I’m looking for brands that take it further this year. In fact the brand that wins the Super Bowl this year will pull what we should now all call a ‘Newcastle’ – they’ll use the over-the-top spectacle that Super Bowl season has become to set themselves apart from the 30-second spot memes that we all still chuckle at but promptly forget.

Newcastle Brown Ale killed it in this way last year with their now legendary ‘If We Made It’ campaign (if only because its viral video gave the amazingly cast Anna Kendrick the perfect platform to be, well, amazing). But this campaign – with its wealth of short parody content, none of which ever aired – absolutely dominated and became a favorite among both the trades and real people.

I’ll be watching Newcastle Brown Ale this year for sure (in fact, they’ve already punk’d Doritos’ Crash the Super Bowl promo in some sillyish but clever brand-on-brand action). I’m hopeful more brands will break out of the 30-second-box and make 2015 the year of the unconventional multichannel campaign.